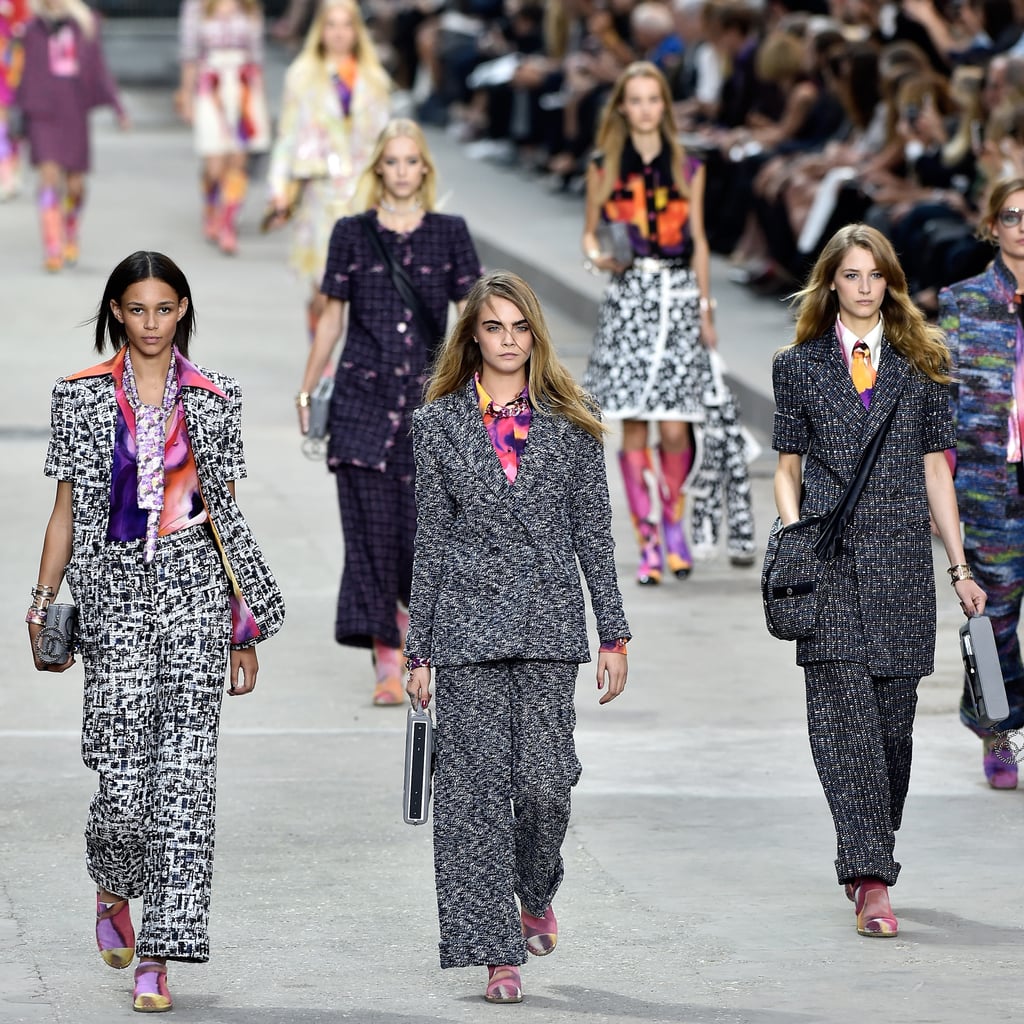 Always one to tap into the zeitgeist, Karl Lagerfeld turned the runway into a Parisian street and sent models on a women's lib march at the Chanel show this morning. Holding loudhailers and placards emblazoned with feminist messaging (including "He for She" — a nod to Emma Watson's recently launched campaign) the models closed the show on a political note. It wasn't all serious, though, there were plenty of fashion-related messages (eg. "Tweed is better than tweet") added into the mix.

Things started out a little more traditionally. The Grand Palais was transformed into "Boulevard Chanel," and the show opened with '70s-inspired wide-leg trouser suits with short sleeves, printed knee-length skirts with patterned knee-high boots, and shirts in swirling '70s shades of burnt orange, fuchsia, and purple with oversize collars. There were also the requisite tweeds, bold black and white suits, and long heavy coats layered over contrasting prints. Things then muted with a series of suede two-pieces in dark green and soft pink, before the florals and metallics began. Gisele made a surprise appearance in a tan striped knit, before smarter monochrome looks with suiting and button detail closed the show.

It was as if, in the space of a few minutes, the psychedelic hippies of the early looks had grown up, smartened up, and prepared to battle the (fashion) patriarchy. We wondered how Lagerfeld would top last season's kitschy Chanel supermarket, and it seems taking it to the streets was the answer!