We're seeing a lot of Karlie Kloss in 2010, she even appeared on the catwalk in Paris yesterday for Dior. The model is the face of British label Aquascutum for Spring 2010 as she poses with Roch Barbot. She appears in the classic trench coat with statement lips for the shoot which was inspired by, "escapism, returning from a summer music festival, and dancing in the moonlight. It’s the story of a couple caught before or after an embrace, at dusk or dawn." The ad campaign was shot by Willy Vanderperre who worked with Michael Herz, head of the brand’s women’s wear design, on a recent i-D magazine issue. Karlie's ads will appear in the March issues of magazines, what do you think? 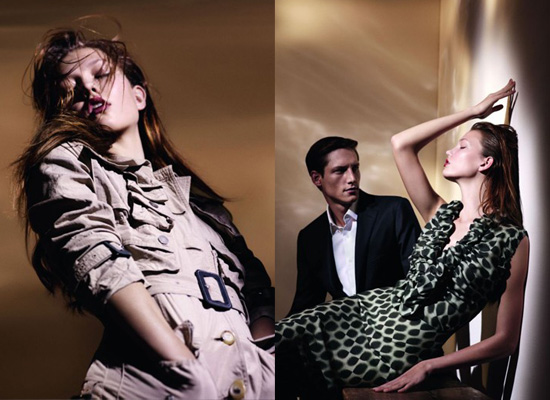