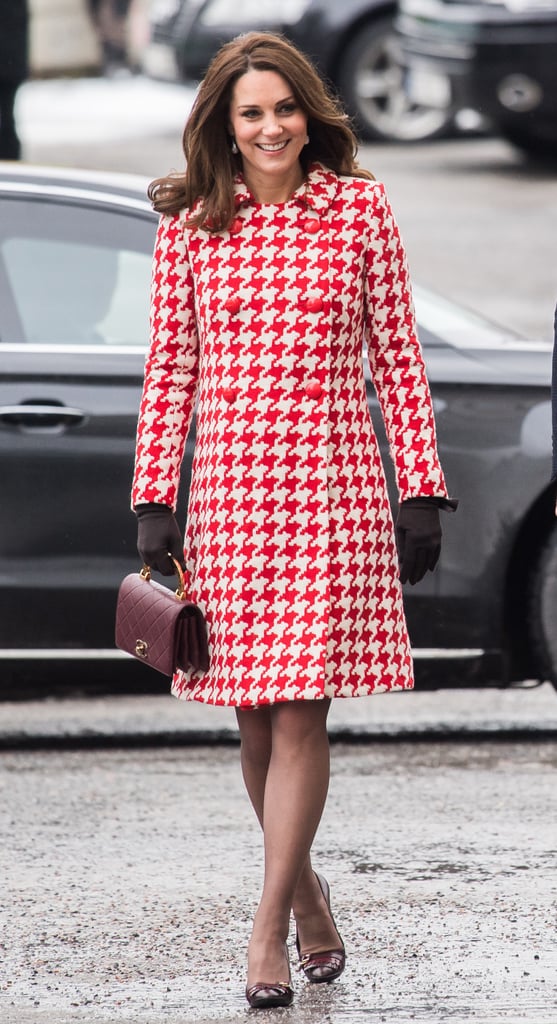 Let's Count All the Amazing Outfits the Duchess of Cambridge's Worn So Far in 2018, Shall We?

The Duchess of Cambridge's sophisticated style hasn't changed too much since she became a royal. Year after year, she still opts for go-to designers such as Catherine Walker and Alexander McQueen. She won't trade in her Gianvito Rossi pumps (or Penelope Chilvers boots) for anything. And, she'll continue to recycle her maternity looks as she has throughout her third pregnancy.

Kate's expected to give birth in April and will likely disappear from the public eye to care for her new child. Though we're sure to see her at Meghan Markle and Prince Harry's wedding, during that brief MIA period, you'll want to reminisce about some of Kate's best outfits. The year is hardly over by any means, but she's already worn some pretty memorable looks. Click through to see our absolute favourites.

Related:
I Re-Created The Duchess of Cambridge's Most Iconic Looks — and, Yes, I Felt Like Royalty
Previous Next Start Slideshow
Celebrity StyleThe RoyalsBest Of 2018The British RoyalsBest OfKate Middleton
Around The Web