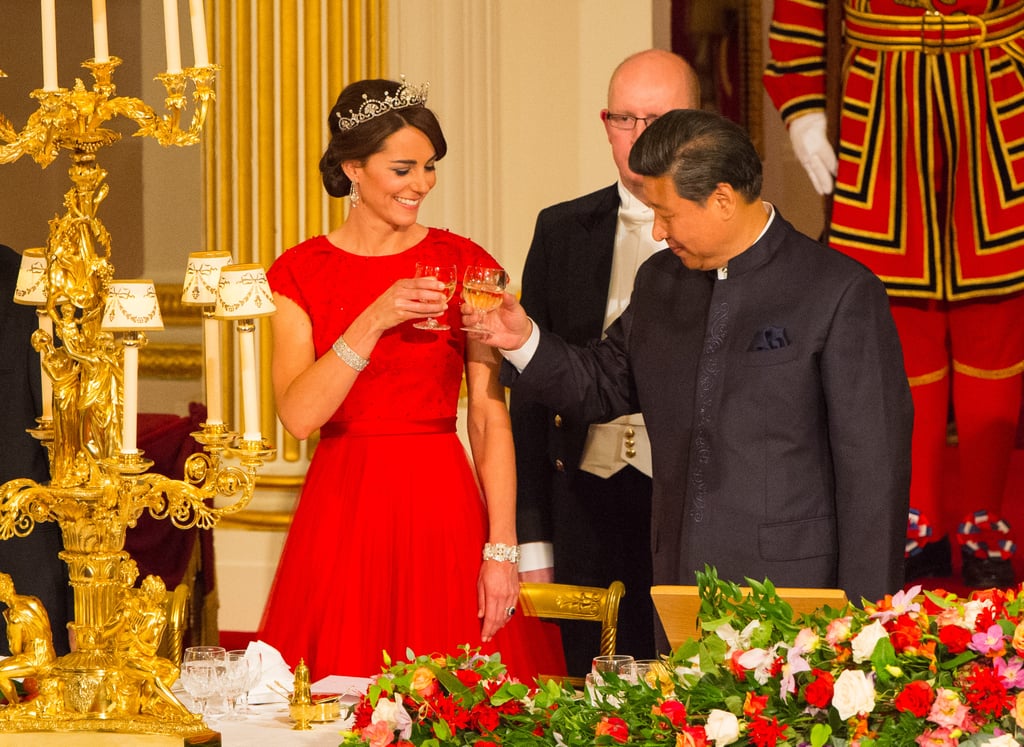 Usually, the first thing we notice about the duchess of Cambridge's outfit is her dress — has she worn it before? Is it by one of her favourite designers? But at the duchess's first state dinner, which honoured Chinese President Xi Jinping, we were captivated by her regal jewels, too — all of which were highly anticipated for the evening, especially since this was only Kate's third time wearing a tiara in public. Plus, she was recently given The Royal Family Order of Queen Elizabeth ll, a diamond-finished yellow badge to be pinned beneath the left shoulder.
Kate swept up her hair to reveal chandelier earrings that perfectly played up her pearl-embellished Lotus (or Papyrus) tiara, which dates back to 1923 and was made by Garrard. It's not the first time the duchess has shown off the piece, but it just might be the best.
Appropriately, Kate chose a sequin-embroidered red Jenny Packham gown, paying homage to China's flag. Read on for a look at her ornate ensemble, which is the epitome of bold elegance.

Celebrity News
Brad Pitt Is Having the Most Fun on the "Bullet Train" Press Tour, and We Have Photo Evidence
by Lindsay Kimble 5 days ago