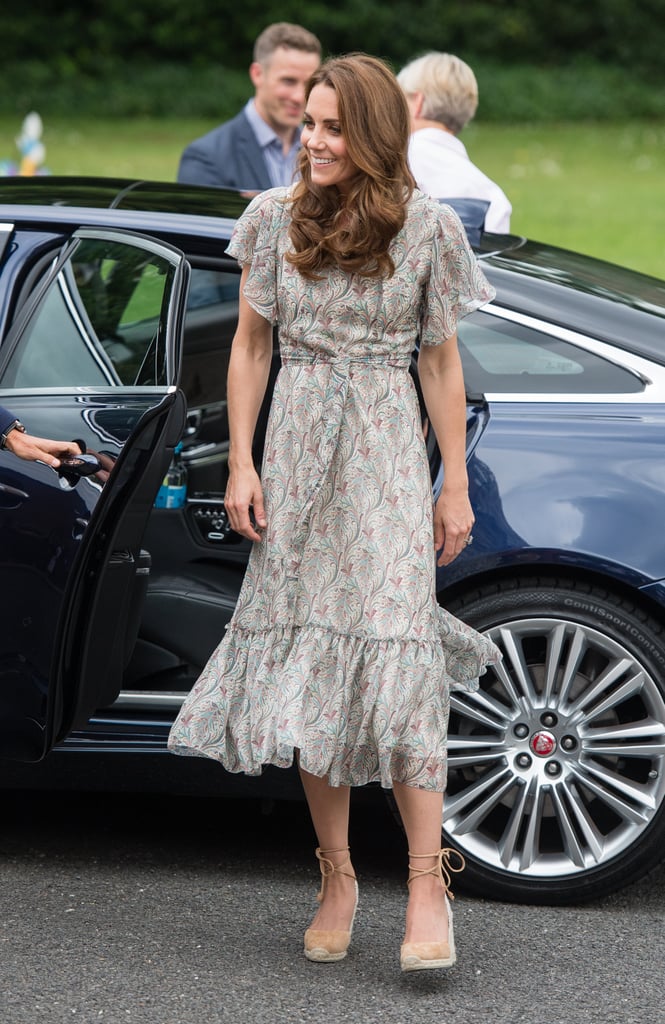 The Duchess of Cambridge made a surprise appearance on Tuesday as it was announced that she is taking over as patron of the Royal Photographic Society, following in the footsteps of the queen, who held the position for 67 years. Kate celebrated the news by attending a workshop run by both the RPS and Action For Children, another organisation of which she is patron, and she looked radiant as she arrived at Warren Park in Kingston, England, dressed in a pretty 1930s-style printed tea dress and espadrille wedges.

Kate was obviously keen to take advantage of the warm weather and give one of her most summery looks a spin. Having had to wrap up warm on recent royal engagements, the UK's impending heatwave offered her a chance to finally whip out a pair of Castaner espadrilles (a style both sister Pippa and sister-in-law Meghan love), which she teamed with a beautiful belted midi dress with fluted sleeves and a ruffled hem. Keep reading for a closer look at her chic Summer style.