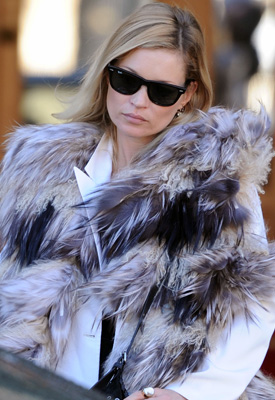 The Musée des Arts Decoratifs in Paris have been planning to dedicate a whole exhibition to Kate Moss. It would be entitled the “Kate Moss myth”, but it has today been revealed that they have been unable to secure sponsorship.

The exhibit was originally supposed to open this year when it was announced in September 2008, but has already been delayed once (until next March). A spokesperson for the museum explained that, “Cultural patronage is not a priority for companies.” They have also blamed the tough economic situation.

I wonder if one of the British museums will now run with with idea, or if it will be completely shelved. Are you surprised at this news?