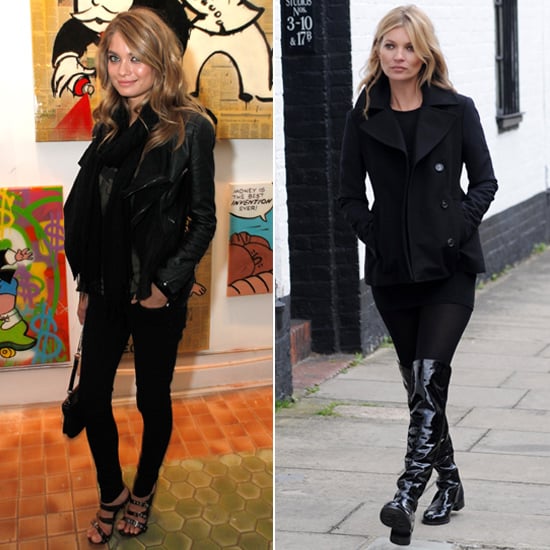 There's only one Kate Moss — that is, except when there are two of her! The British supermodel had passersby doing double takes while shooting her Stuart Weitzman commercial with a body double who's been identified as Natalie Morris. The petite (by model standards) 5'8" American served as a stand-in for Kate during a few scenes and shares an uncanny resemblance — what with undone locks, high cheekbones, and, of course, similar wardrobes showcasing Weitzman's thigh-high boots.

The commercial, which was filmed in London earlier this week to complement the accessories label's already-released Fall ad campaign, had the models dressed in similar vampy white ensembles. But based on a review of Natalie's red carpet style (seen here at an LA art show), it seems the two share similar styles off set as well!