The latest issue of Love Magazine has been revealed today and it has quite a shocking cover! Kate Moss stars on it with transgender model Lea T who is famous for appearing in the Givenchy Autumn ad campaign. Katie Grand describes Lea as her "new best friend" and explained their first meeting, "I was by the pool at the Copacabana Palace Hotel when I saw her. At first I didn't notice her gender, just that she was wearing Givenchy couture and looked amazing!" The issue focuses on androgyny and will be on sale from 7th February. This is the first of several covers to be revealed (another stars Justin Bieber), do you like this one? 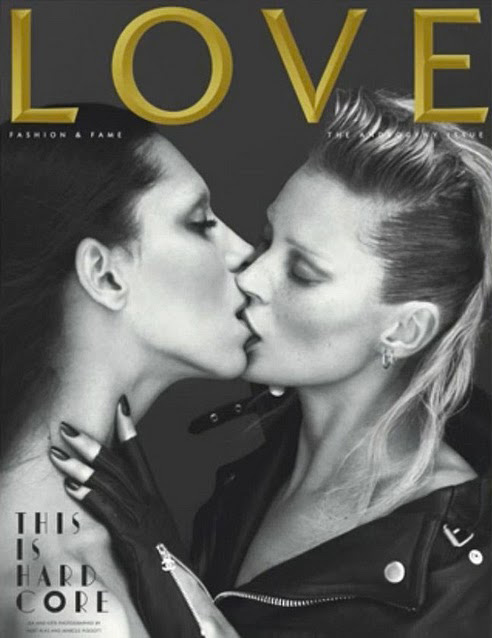