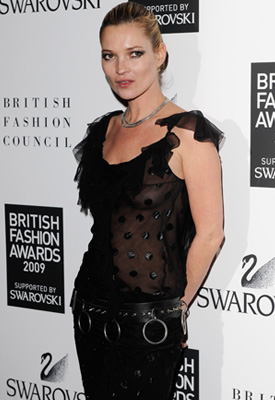 There have been rumours this month that one of the cities biggest style icons is packing her bags and heading across the channel to Paris. Kate Moss had reportedly bought a 22.5 million euro apartment in the city in the Trocadero area. In recent years we have lost both Agyness Deyn and Alexa Chung to New York, so I must admit that I was a bit sad to hear of these plans! However, the good news is that they were just rumours.

WWD has today reported that Kate is actually staying in London. Earlier this month, Kate won the London 25 gong at the British Fashion Awards for 'embodying the spirit of London' so it seems quite fitting that she should remain in the capital.