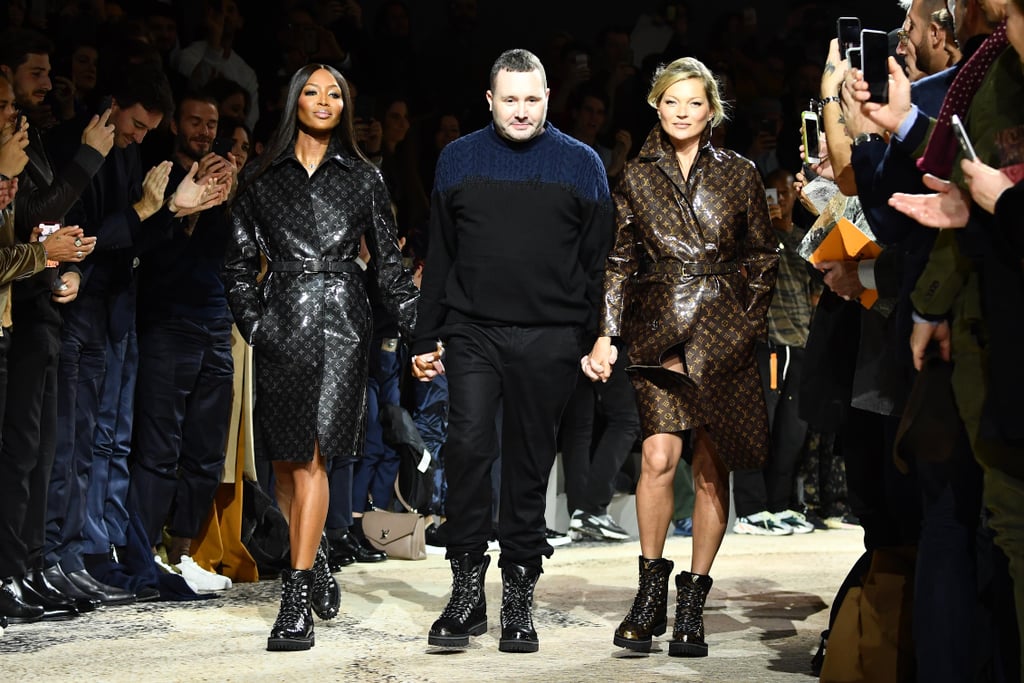 What's the best way to end your time at one of the most influential fashion houses on the planet? How about with a supermodel on each arm? That's how Kim Jones chose to wave goodbye to Louis Vuitton on Thursday, as he called on fashion's very own Cher and Dionne, Kate Moss and Naomi Campbell, to help him go out with a bang. The British models made a surprise appearance during the Autumn/Winter '18 menswear show in Paris, dressed in LV monogram belted coats and buckle-detail ankle boots. They later joined the label's men's style director for his final bow, smiling as they clutched his hands and accompanied him down the runway. Posing with the designer backstage, they planted kisses on his cheeks and pouted for the cameras. Jones, who has been at Louis Vuitton for seven years, famously brought an edgier, more youthful feel to the label's menswear line and was responsible for the famous collaboration with streetwear brand Supreme. Though he's clearly in touch with what's new and cool, it seems that when it comes to models, he's all about the OG girls! See more of Kate and Naomi's appearance in our gallery.

Fashion Trends
TikTokers Are Sharing What They'd Wear to Fashion Week, and We Have Some Suggestions
by Jamila Stewart 2 weeks ago