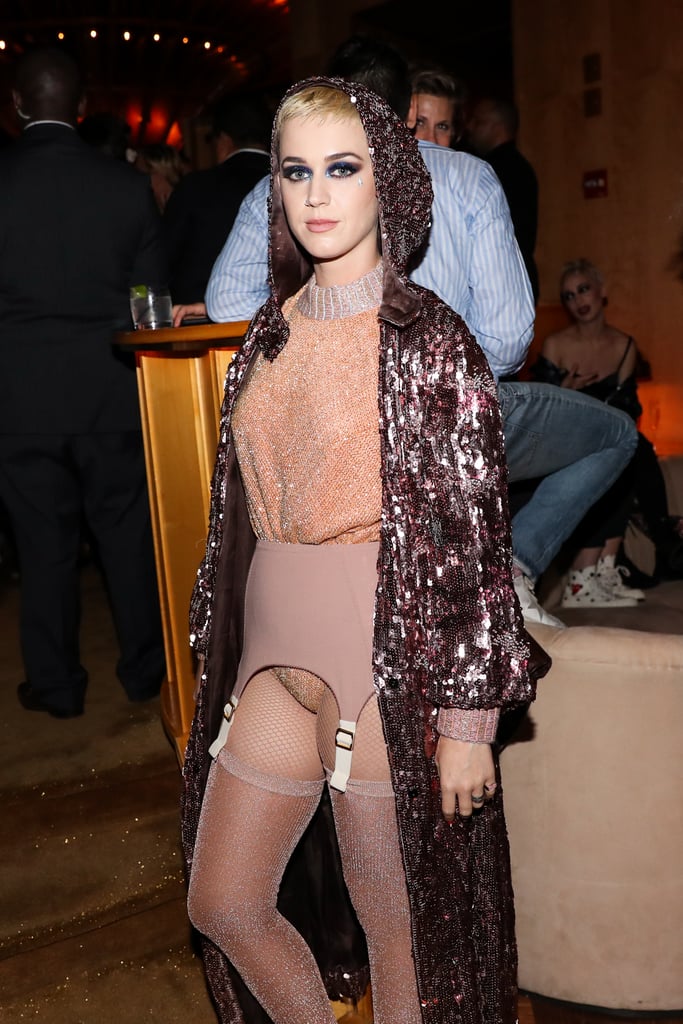 Following the Met Gala on 1 May, Katy arrived at her afterparty at the Boom Boom Room in the Standard Hotel alongside friends Margot and Mia Moretti. The whole getup — namely the cape — actually reminded us of her 2013 Video Music Awards performance, wherein she performed "Roar" in a boxing ring. While it may have been a nod to that memorable performance, she might have also wanted to just slip into something a little more comfortable.