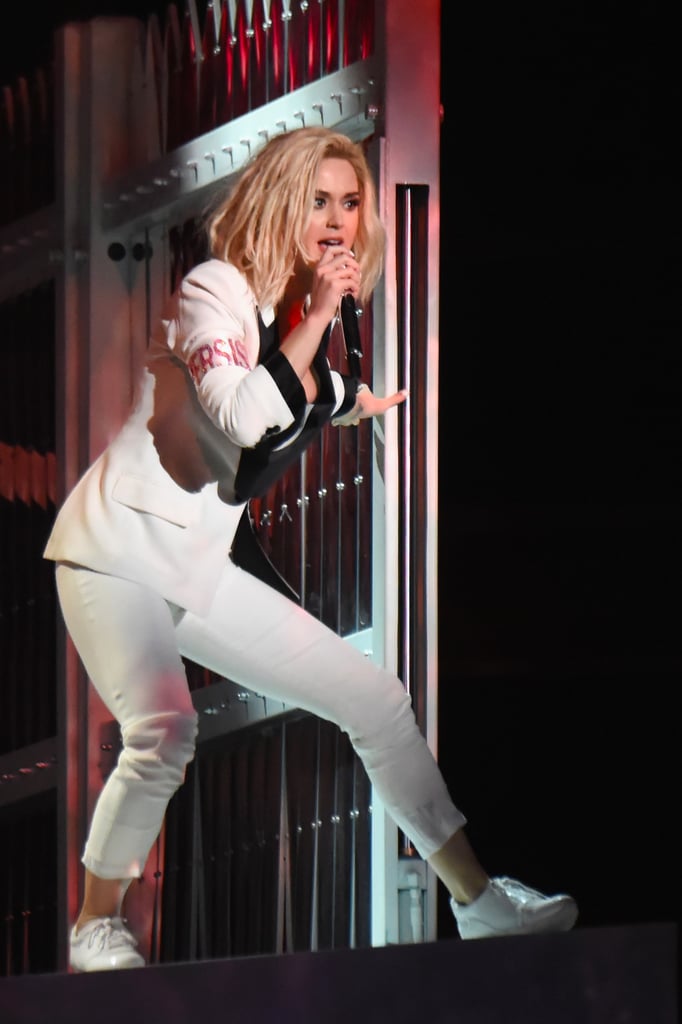 She might have walked the red carpet in a feathered Tom Ford gown, but Katy Perry was only gearing up to make a statement at the Grammys. The singer performed her new hit "Chained to the Rhythm" in a white Tom Ford trouser suit, trainers from her own collection, Lorraine Schwartz jewels, and Oliver Peoples sunglasses. She matched the picket fence and tiny square house that made up the set, which speak to the song's message that we all live in a comfortable routine or a "bubble."

Some of Katy's fans, however, suggest the pop star was paying homage to Hillary Clinton's DNC suit on stage (Katy did stand by Hillary's side throughout her entire campaign). Still, Katy offered up her own twist on the now-iconic look with an arm band that read "Persist." It seems like, with just one short concert, Katy used her clothes and her lyrics to incite hope and optimism — and that's a power move if you ask us.