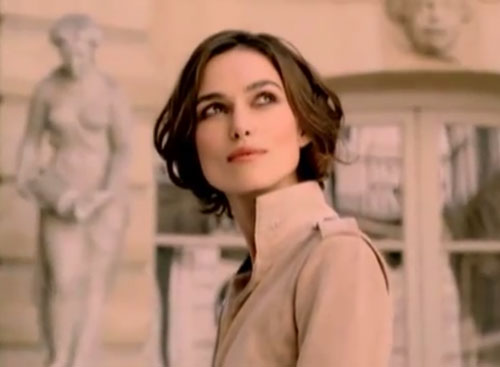 As part of her deal with Chanel, Keira Knightley is starring in an upcoming short film for Coco Mademoiselle. Just released is a video with clips from the movie and an interview with Keira herself, discussing why Coco Mademoiselle is the first women's fragrance she's ever worn (she's usually a fan of men's fragrances). Keira has some nice observations about scent and memory, and I totally agree with her when she talks about the charm of perfume bottles. Want to get a sneak peek at the film and see what she had to say? To see the video, just keep reading.