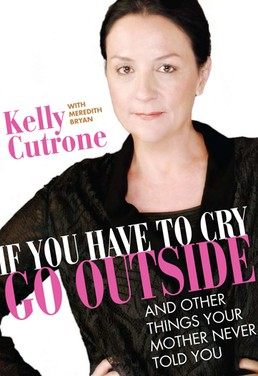 Kelly Cutrone is one of my favourite reality TV stars. She really makes The City for me and I was very excited to spot her at London Fashion Week back in September.

She has recently decided to cash in on her own fame by starring in her own reality show called Kell on Earth which kicks off in the US in early February (you can catch a sneak preview here). It has also just been revealed that she has written a book entitled, If You Have to Cry, Go Outside...And Other Things Your Mother Never Told You.

Kelly told WWD that she decided to write the book to advise young women. “I felt like there’s a lot of confusion about what it means to be feminine. I wanted to write a book that reached out to young women.” The book details everything about Kelly from her personal life to her career. It's due for release in the UK in April and is sure to be an interesting read. Are you intrigued by this publication?