American designer Kenneth Cole caused outrage yesterday on Twitter. He tweeted, "Millions are in uproar in #Cairo. Rumor is they heard our new spring collection is now available online." Cole was obviously making use of 'Cairo' which was trending due to the current political unrest in Egypt. He quickly withdrew the tweet and has since released an apology which reads, "I apologize to everyone who was offended by my insensitive tweet about the situation in Egypt. I’ve dedicated my life to raising awareness about serious social issues, and in hindsight my attempt at humor regarding a nation liberating themselves against oppression was poorly timed and absolutely inappropriate." Do you think that Kenneth's tweet was in bad taste, or was it just blown out of proportion? 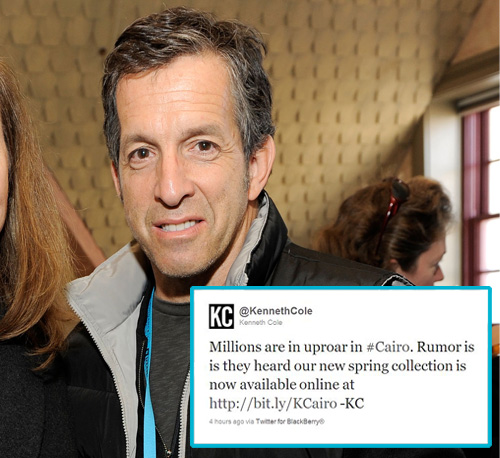