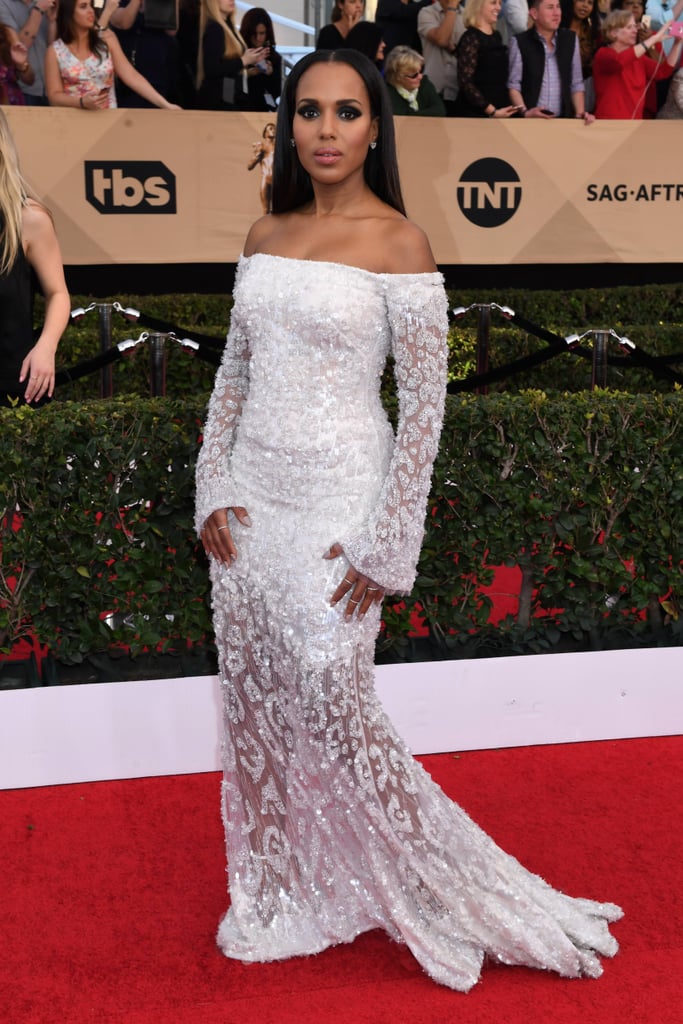 Leave it to Kerry Washington to make both a fashion and political statement at the SAG Awards. The Scandal star took the the opportunity to speak up against President Donald Trump's policies by simply wearing a safety pin on the arm of her Cavalli Couture dress (that briefly gave us Kim Kardashian vibes).

On her Instagram, the actress wrote, "I'll be wearing one of these tonight. On my arm. To show solidarity. We will not stop fighting for our safety & the safety of our fellow citizens and human beings. #NoBanNoWall#safetypin"

The safety pin movement goes back to last year, when people wore one to show support against hate crimes on minority groups. Though the gesture received some backlash, it seems Kerry is bringing back the pin. And the SAG Awards is the perfect place to take a stance, given the current political climate.