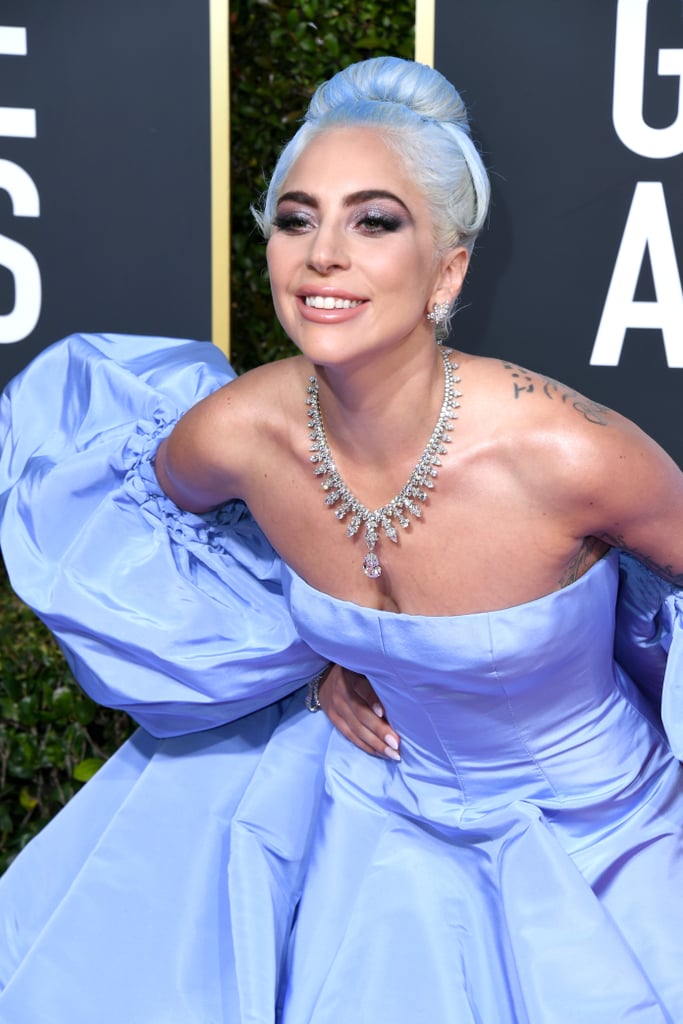 Lady Gaga's outfit at the 2019 Golden Globes was more than just a gorgeous gown. The singer and actress wore a periwinkle Valentino Couture dress reminiscent of one worn by Judy Garland in the 1954 adaptation of A Star Is Born. In addition to the shade of purple, the voluminous sleeves are undeniably similar. The meaningful red carpet moment only added to the many ways Gaga and Bradley Cooper paid tribute to the previous A Star Is Born films that came before their version.

Celebrity Style
Chrissy Teigen Posted a Matching Bikini Pic With Luna, and Her Caption Has Us Cackling
by Nikita Charuza 1 day ago