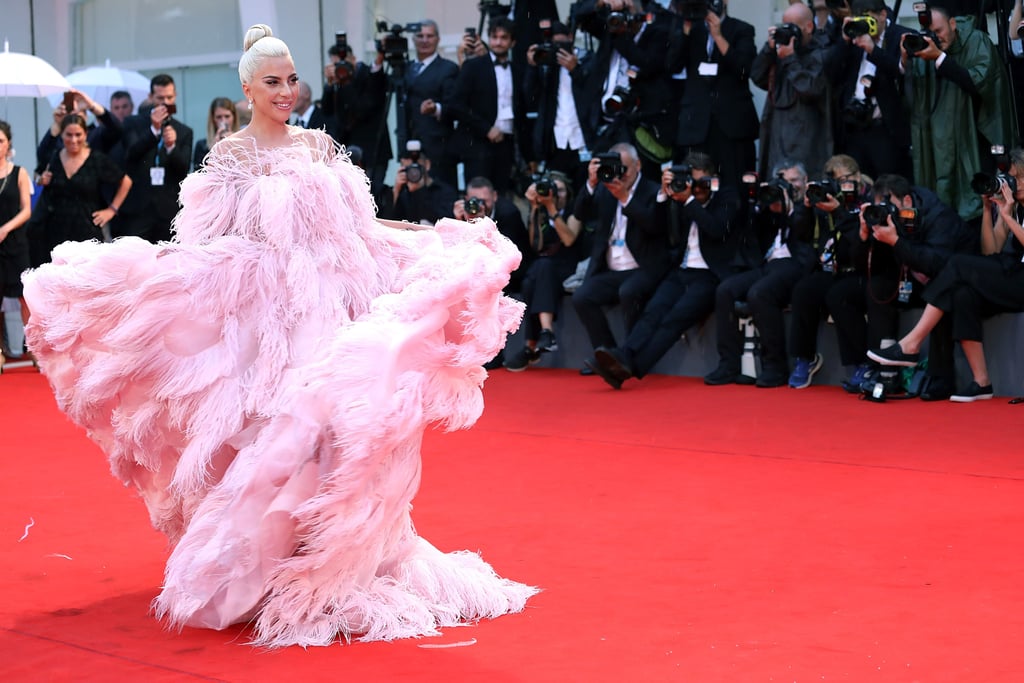 Lady Gaga brought regularly scheduled programming everywhere to a halt on Friday afternoon when she arrived on the red carpet at the Venice Film Festival. Accompanied by her A Star Is Born costar Bradley Cooper, who helped her out of the limo when she showed up to the scene, Gaga made a statement that was echoed on social media feeds everywhere.

The songstress, with the help of stylists Tom Eerebout and Sandra Amador, chose a Valentino Couture creation, aptly called the "Flamingo" by the house's creative director, Pierpaolo Piccioli. It was covered in way more pink feathers than we've ever seen at once, to say the least.

Twirling under the raindrops, her Chopard jewels catching the light of the cameras, Lady Gaga embraced the whimsical look, and boy, did she make it seem easy. But we can't very well imagine this gown was as light as it appeared to be. Here's fair warning: you'll want to scroll through the shots from this movie premiere for hours, and it's all thanks to this imaginative confection of a dress.