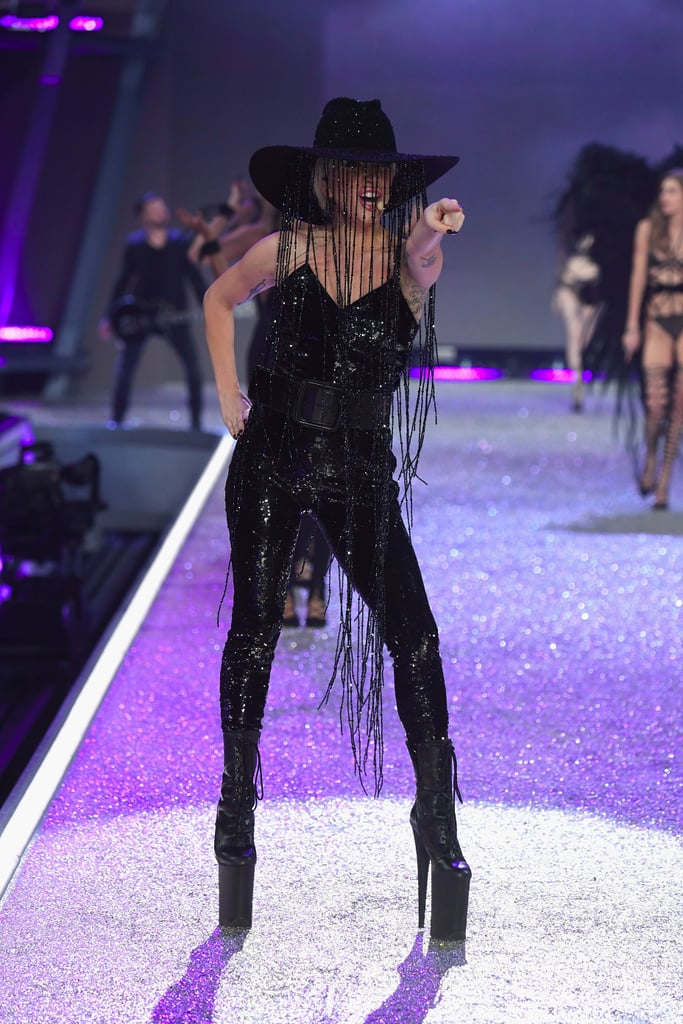 Lady Gaga Wears This Accessory All the Time, but Her Latest Version Was $1 Million

For the past few months, there's been one accessory Lady Gaga rarely leaves home without: a wide-brim, Gladys Tamez hat. The star's been pairing them with a variety of her outfits, and while she seems to favour the pink design that appeared on her Joanne album cover, she's stepped out in yellow and dark coloured options as well. To some, the piece may seem somewhat tame — versatile and pretty normal for Gaga. But the singer's latest hat definitely proves her days of outrageous fashion choices are far from over.

While performing at the 2016 Victoria's Secret Fashion Show, Lady Gaga once again wore a Gladys Tamez piece, but this time it was embellished, had fringe, and cost a whopping $1 million. The brand says it was "a homage to the million dollar fantasy bra," and looking at it, we're pretty impressed — not mention jealous.

Scroll through to see the expensive from a few different angles, then see how Lady Gaga wears the piece off duty.