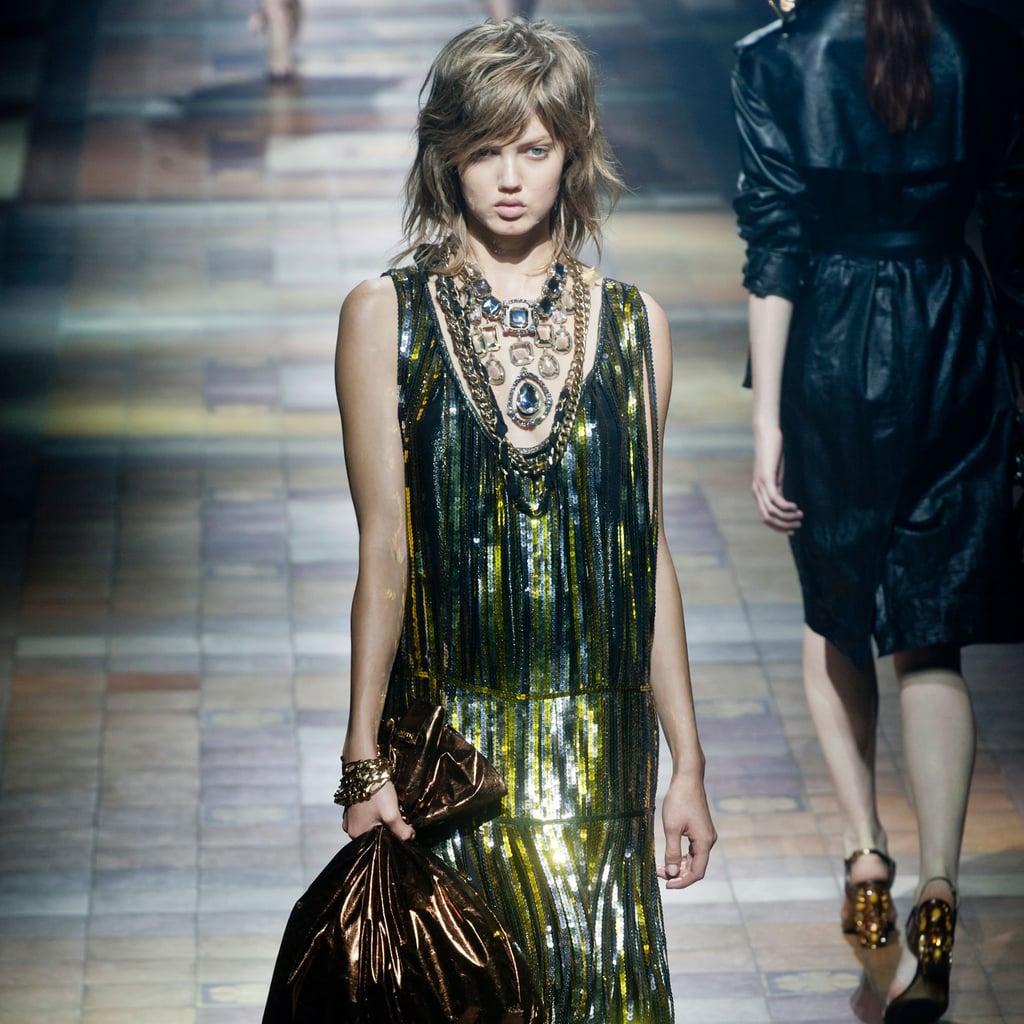 Is fashion rubbish? For Lanvin's Spring 2014 collection, Alber Elbaz created a series of cocktail dresses and pieces for day, many of which were rendered in shiny or iridescent fabrics. But some of the looks came down the runway with bags that looked like, well, bin liners.

What statement this designer was trying to make with those bags is anyone's guess — after all, this is the designer who last season made necklaces and bags featuring the word "Cool," because he "hates that word." Perhaps Elbaz is in cahoots with Ashish, who showed sequinned version of plastic shopping bags at London Fashion Week.

The clothes, however, were truly lovely. Lamé dresses in jewel tones from gold to pink glittered down the runway, and soft silks in coordinating hues grounded those looks and kept the sheen from being too bright.