One of the first major Spring '10 campaigns has just been revealed as model of the moment Lara Stone stars for Louis Vuitton. Madonna has been the face of the French fashion house for the past few seasons, but now Lara takes the reigns and scores a very romantic campaign. Antoine Arnault, Vuitton's communications director told WWD, “After two seasons with such a huge star, Marc [Jacobs] decided to take a breather and work with a model — and not just any model. It’s the choice of a new supermodel.”

Steven Meisel shot the images where Lara lies amongst doves and flowers for a very natural photo. She is wearing the kitten heel clogs which appeared in the Spring 2010 show and are sure to be a hot new season item. What do you think of these images? 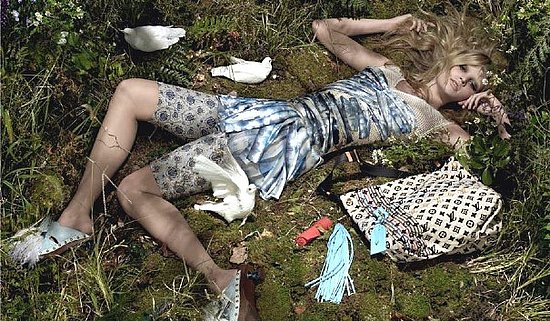