It's all change for Lauren Conrad this year as she finishes shooting her final series of The Hills. 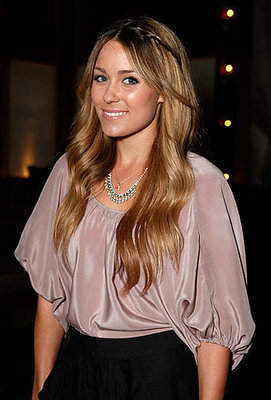 Yesterday it was announced that this wasn't the only thing coming to an end as her clothing line grinds to a halt. Lauren has been designing under her own name since Autumn 2007, but it seems the economic climate has affected its production. A source explained,


"Lauren is going to revamp her line and design with more high-end fabrics . . . things she couldn't do the first time around. With everything going on in the economy and in her life, she wants to rework her line and offerings. She will make announcements soon."

This comes with immediate effect as planned deliveries of her Spring line have been cancelled. Are you sad to hear this, or not surprised?