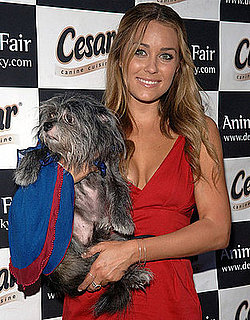 Lauren Conrad is a busy woman. As well as starring in The Hills she is also studying at FIDM and designs her own clothing range. However, this weekend rumours began to circulate that Ms Conrad doesn't actually design her own line. Celebrity clothing ranges are always subject to great scrutiny from the public and press and hers is no exception with claims the clothes are designed by unknown designer Sherry Wood.

Lauren has denied the accusations stating, "I've been involved in this entire process, every single step of the way. I have wanted to be a fashion designer since I was a little girl." Today she received another blow as LA boutique Kitson have decided to drop her range from their store. Never one to shy away from publicity, the store claims this is due to poor sales.

Lauren's people have dismissed all the rumours saying, “The line is doing amazing and is in 500 stores around the country including Bloomingdale’s. Lauren is absolutely the designer.”
Source