Over the past few weeks, I have noticed a trend emerging on the red carpet. Stylish ladies are moving away from the classic red carpet look, in favour of a more masculine one. The first to do this was Fearne Cotton at the 2010 Drapers Awards. She wore a tuxedo jacket with sequined leggings and heels. AnnaLynne McCord took menswear in a different direction by wearing a tie, cap sleeve shirt and tailored trousers to the Peoples Choice Awards. Most recently, Leighton Meester worked an androgynous look as she wore a suit to the 2010 Gotham Independent Film Awards. I always like it when people try something new. Are you a fan of androgynous dressing on the red carpet? 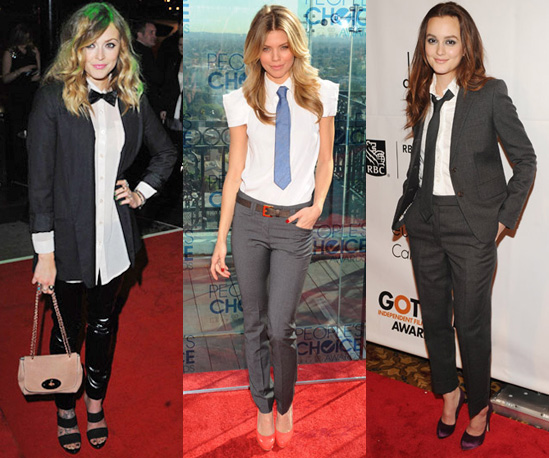