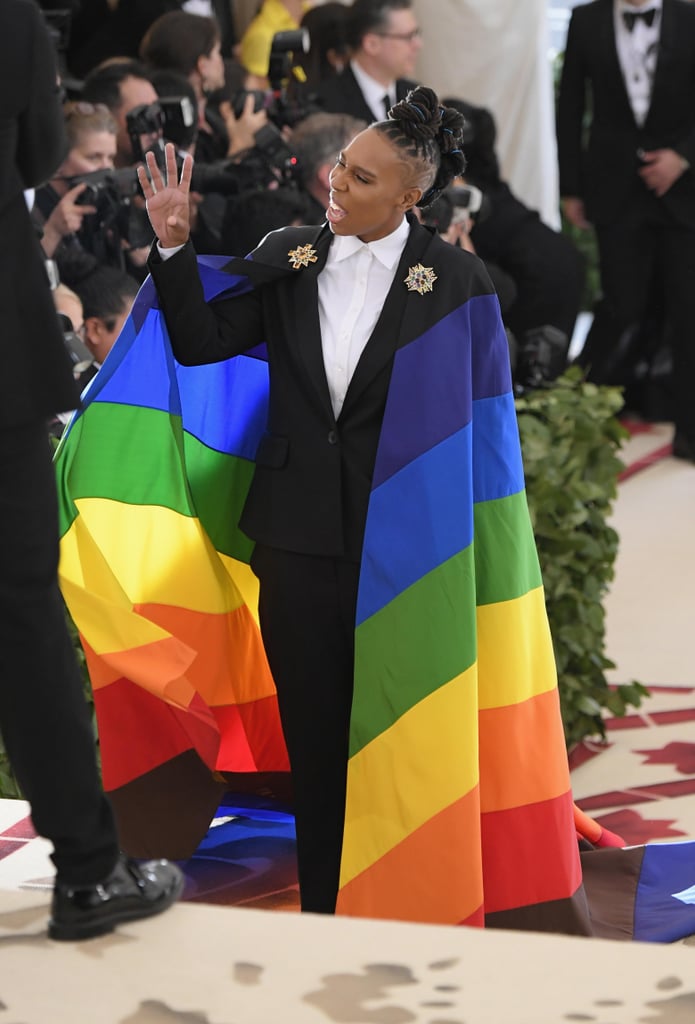 Lena Waithe didn't leave her Met Gala look up to interpretation — she made it crystal clear. The talented actress and screenwriter showed up to fashion's biggest event of the year rocking the hell out of a rainbow cape. In case you missed it, the gala's theme is "Heavenly Bodies: Fashion and the Catholic Imagination," and the LGBTQ+ inspiration behind Lena's outfit stood out as a bold juxtaposition. Lena is a vocal advocate for the LGBTQ+ community and for being unapologetic about who you are.

"The theme, to me, is 'be yourself,'" she told an interviewer on the red carpet. "We're talking about church, it's about . . . you were made in God's image." Carolina Herrera designed the beautiful cape, which was sewn into Lena's tailored black blazer. Get a closer look at her amazing outfit ahead!