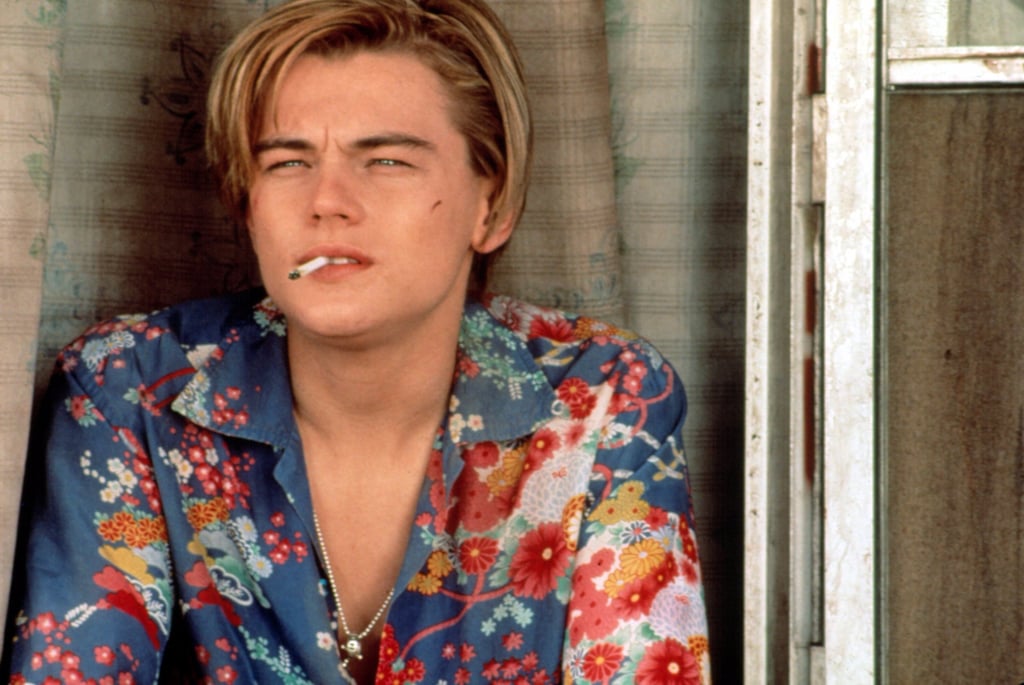 As Leonardo DiCaprio circumvented a fish tank opposite Claire Danes in Baz Luhrmann's 1996 film Romeo + Juliet, he seemingly went from being a boyish actor with potential to a silver-screen superstar in an instant. Fewer films are more synonymous with late '90s teendom than Luhrmann's electrifying portrayal of William Shakespeare's tragedy. Then, of course, there was DiCaprio's technicolor Hawaiian shirt.

Though the film's overall costume design is truly inspired, DiCaprio's blue button-up does stand out sartorially. Kym Barrett was behind the iconic styling, and — if you can believe it — Romeo + Juliet was her first big gig in the entertainment industry. But her work on this project would catapult her to design positions for Gothika, Cloud Atlas, and the entire Matrix trilogy.

Two decades later, Barrett has never really explained the Hawaiian shirt choice, a style that had previously been associated with dads on vacation. Despite its embedded social implications, DiCaprio inexplicably and effortlessly made the shirt look cool.

In November 2016, Luhrmann finally gave some insight into the shirt's significance. In an interview with Opening Ceremony, he said, "The Hawaiian shirt as fashion will wax and wane in its relative cultural coolness at any given moment. But there will always be — if we're lucky — some lingering symbolic palimpsest of Romeo as that young boy in the Hawaiian shirt, who literally 'wore' paradise on his back."

The notion of paradise being on Romeo's back here is pretty emblematic of the entire tragedy and its very premise. In this modern adaptation, Romeo has found his star-crossed lover in a coastal wonderland-meets-wasteland, and yet, paradise always seems to escape them. So maybe that's what it all means . . . or the shirt just looks cool.

Following the film's release, Hawaiian shirts didn't quite catch on as a celebrity style trend. As the 20th anniversary rolled around, however, Hollywood got nostalgic. Celebrities began reappropriating the dad-approved fashion trend. In 2013, Hedi Slimane unveiled his iteration of the Hawaiian shirt for Saint Laurent's Spring 2014 menswear collection.

Then, the Saint Laurent Hawaiian shirts just kept coming. Following the success of the cool black-and-white shirt, Slimane debuted a similar design for the brand's Spring 2016 menswear collection. This time, the shirt was more aligned with the type of classic Hawaiian shirt men might pick up at a Tommy Bahama. It was light blue and featured a cool Cuban collar. Harry Styles was promptly photographed wearing the shirt, as well as a red Gucci version. That — in a nutshell — is how trends get resurrected.

Look ahead to see the many men who have donned the dad design since DiCaprio's iconic breakout role.