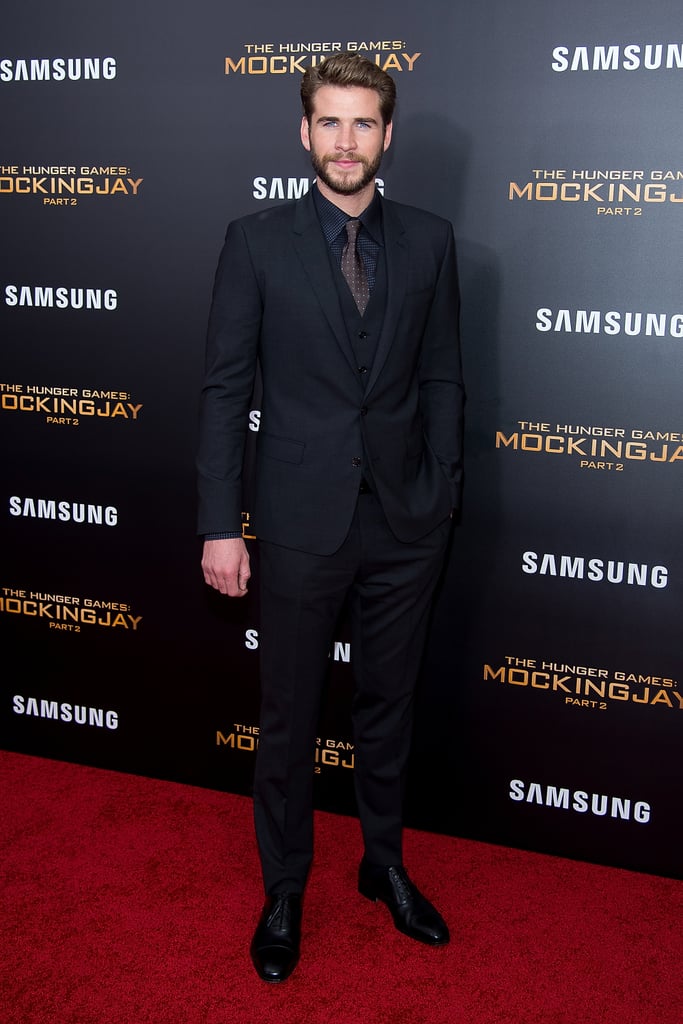 If you aren't already obsessed with the sexy bearded man known as Liam Hemsworth, there's a strong possibility you're about to be. The star of The Hunger Games just gave us two more reasons to love him — and, surprisingly, they have to do with his fashion choices.

The first came during an appearance on Kelly and Michael, where Liam wore a panda onesie. Yes, a panda. freakin'. onesie. Not only did he manage to look downright adorable (and make us want to cuddle him), but it just proved that this guy can pull off anything. We're also currently imagining what Liam looks like when it's his actual bedtime, since he revealed he sleeps in "not a lot."

Another sweet reason the younger Hemsworth should be on your dream boyfriend radar? He carries handbags. Just ask Jennifer Lawrence, who apparently handed him hers as they walked the Great Wall of China, where Liam also rocked a panda hat. Any guy who happily accepts a fashion obsessed lady, and then laughs while telling the story on Jimmy Kimmel Live, sounds like a keeper to us.

Scroll through to watch both moments play out, while buy our tickets to Mockingjay — Part 2.