When Kate Moss first launched her Topshop line (back in May 2007) there were several other celebrity lines including Lily Allen for New Look. At the time Lily had a slight personal crisis regarding her image which she explained saying, "seeing my picture in so many newspapers next to Kate Moss's made me feel grotesque." However, now over a year later its great to see Lily looking good in a piece from Kate's latest collection for Topshop. She was spotted on a shopping spree at YSL in the baby doll dress and Louboutin shoots. See below to copy Lily's look. 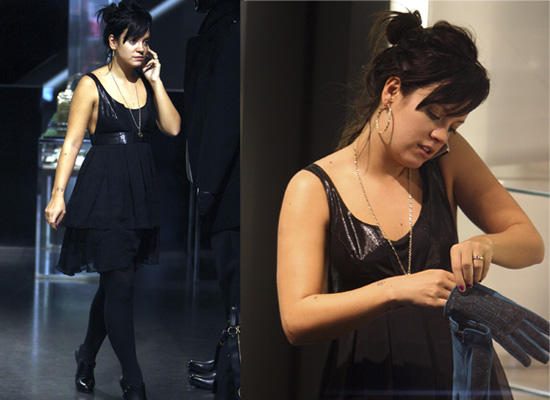