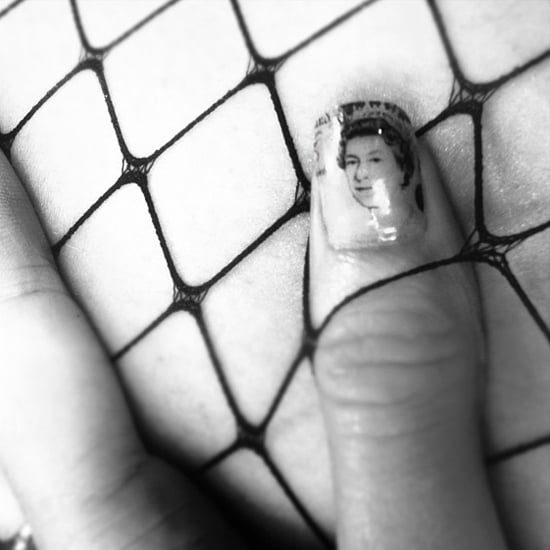 This weekend, British model Lily Cole showed her Diamond Jubilee spirit by sharing a photo of a Queen Elizabeth II manicure. The English model has been at Cannes Film Festival promoting her latest film, Confession of a Child of the Century this week with her blue nails, but she caught Jubilee fever and captured Her Majesty's likeness on a thumb. Several beauty brands have embraced the Queen's milestone by releasing Diamond Jubilee nail products, from Union Jack inspired colours to brand new shades. What do you think of such royal nail art?

Nails
Ever Wondered What a True Line of Duty Fan Looks Like? This AC-12 Manicure Says It All
by Tori Crowther 2 weeks ago

The Royals
Looking Back at Queen Elizabeth II and Prince Philip's Honeymoon, Nearly 74 Years Later
by Allie Merriam 2 weeks ago

Nails
Beyoncé and Blue Ivy Got Mother-Daughter Manicures, and We'd Give Anything to Be Invited
by Jessica Harrington 06/4