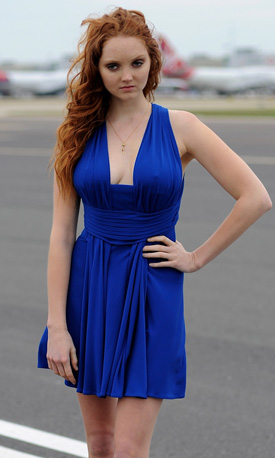 She may only be 22, but it seems that Lily Cole is already considering retiring! The model has had a busy few years studying at Cambridge and starring in several films. It's the latter that has really caught Lily's attention and that she now wishes to focus open. Speaking to Vogue she explained,


"I love acting and if the right opportunity did come along I would definitely consider quitting altogether. It is certainly something I want to prioritise in the future. It's not a finite decision though – I may not get the opportunity. If a once-in-a-lifetime opportunity came along I'd even consider leaving Cambridge to do a film. I'd definitely weigh up my options and talk to my tutors about flexibility."

Lily starred in St Trinians and The Imaginarium of Doctor Parnassus and was working on Marilyn Manson's film Phantasmagoria: The Visions of Lewis Carrol. Would you be sad to see Lily hang up her catwalking heels?