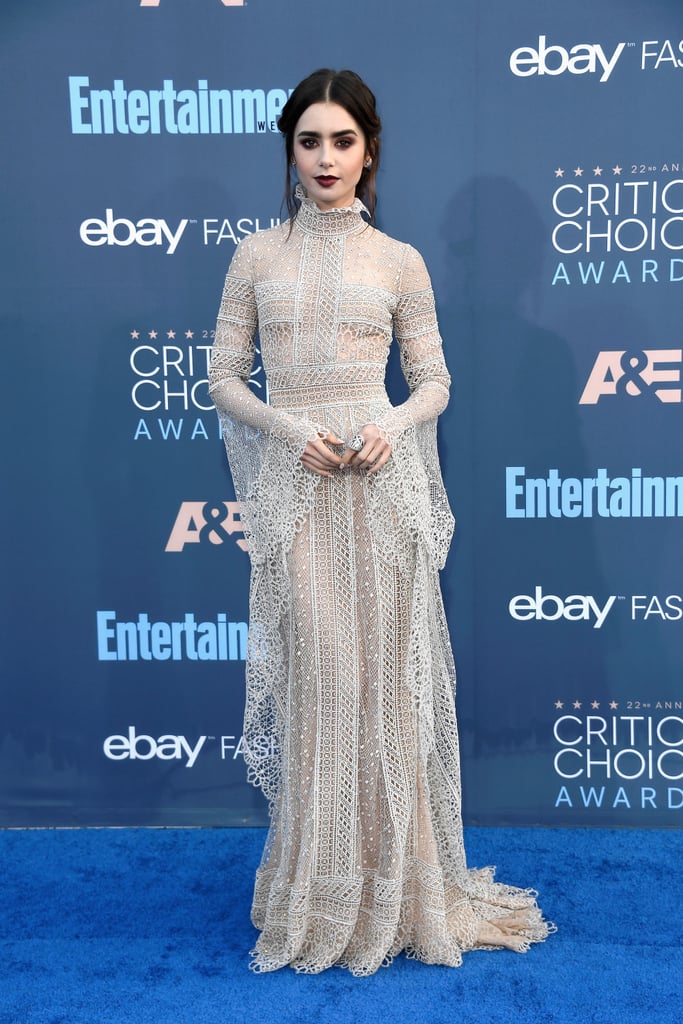 You know that one style moment on the red carpet that gets everyone talking? Well, we have Lily Collins to thank for that conversation when she appeared at the Critics' Choice Awards wearing an Elie Saab Haute Couture gown with Chanel jewels. The lacy sheer number featured billowy sleeves with embroidered crystals and a Victorian-inspired neckline.

While the dress could be described as romantic and pretty, we think Lily brought some edge and gothic vibes to the design with her vampy makeup. The actress basically looked like she stepped out of Twilight, a glamorous vampire if you will. The dress wasn't your typical red carpet gown — and we love it. Read on to see her dress from all angles, including the back, because it's one look you won't want to miss.