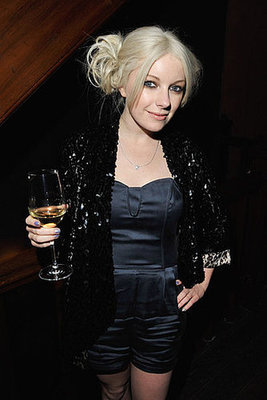 Victoria Hesketh, or Little Boots as she is better known, has been on my radar for a while. She wore a gorgeous Alexander McQueen dress to the Brit Awards earlier this year and has continued to impress the fashion crowd since then. Perhaps her true influence has been revealed this week as High Street shop New Look confessed that she's been a big influence on their Autumn collection.

Little Boots attended the New Look Autumn party earlier this week (where I also managed to spot Peaches Geldof chatting to Samanda!) and admitted she is a long standing fan of their shoes. New Look's Future Drama line includes plenty of studs, sparkle and sequins which has already impressed Little Boots – she's requested pretty much the whole lot!