2009 is not yet over, but we're already looking to Autumn 2010 as the schedule for February's London Fashion Week has been unveiled. 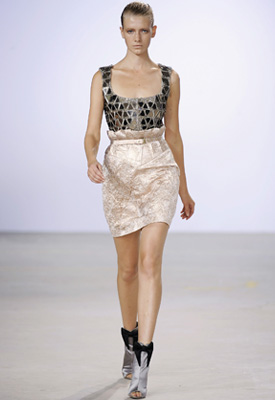 We already knew that Burberry were staying in town for another season after Christopher Bailey announced it at the British Fashion Awards, but it's not the only brand sticking around.

Matthew Williamson and Jonathan Saunders are both on the schedule along with Sass & Bide, Pringle of Scotland and Antonio Berardi. This is such great news for London which is really making a name for itself as a key fashion capital.

There will also be presentations for Alice Temperley's new diffusion line – Alice by Temperley, Twenty8Twelve, Mulberry and Orla Kiely. As usual, BellaSugar UK and I will be there to bring you the most up to date coverage. That definitely gives us something to look forward to in 2010.