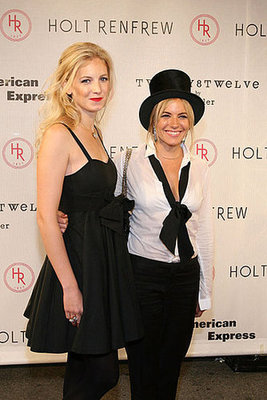 The latest London Fashion Week schedule has just been released for Autumn 2009 to take place in February. The catwalk line up still includes classic London designers like Vivienne Westwood, Luella and Giles.

The current economic crisis has encouraged some designers to make cut backs (both Modernist and Amanda Wakely will opt for presentations instead of shows) which is why is slightly surprising that there is an addition to Sunday's schedule. Sienna and Savannah Miller's label Twenty8Twelve makes its fashion week debut at 9pm on 22nd February. The line launched in 2007 and has proved to be very popular recently adding accessories to their repertoire.

I think it's great news that the Millers have decided to show in London and support the city's fashion. One thing's for sure, this will provide one heck of a front row!