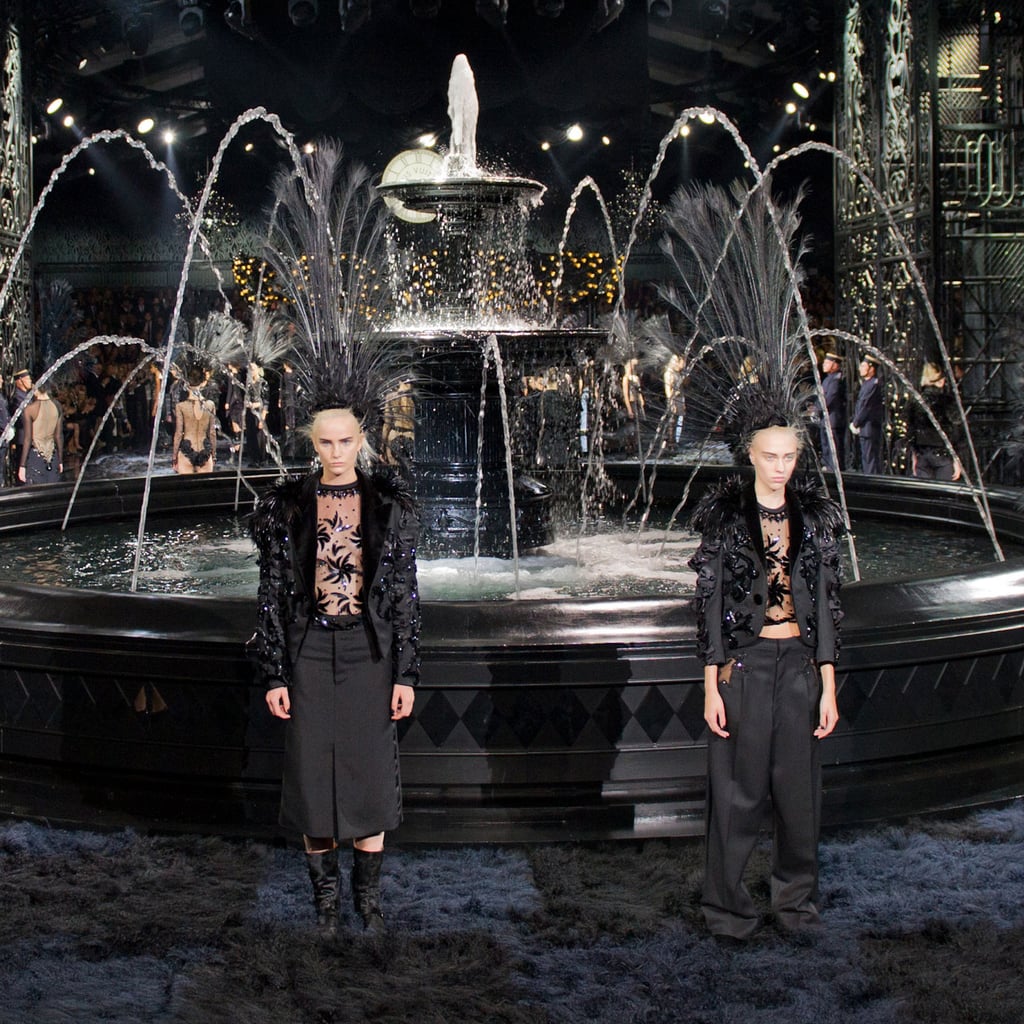 News broke minutes after the Louis Vuitton Spring 2014 show that Marc Jacobs was exiting the brand after a 16-year tenure as creative director. And it was an elegiac swan song, dedicated to the women who inspire him and "the showgirl in every one of them," done solely in black with the occasional piece of denim. The first model hit the runway in a sheer body stocking bound in chains as the rest of the models paraded up caged elevators and down escalators to walk around a slowly moving carousel. The clothes were heavy with embellishment, shimmering like the marble buildings along the Seine as Marc bid adieu to the city that he's called home for so many years. While Jacobs's next steps are still unclear, he leaves the house on a dramatic high note and quite literally a standing ovation from the assembled fashion crowd.