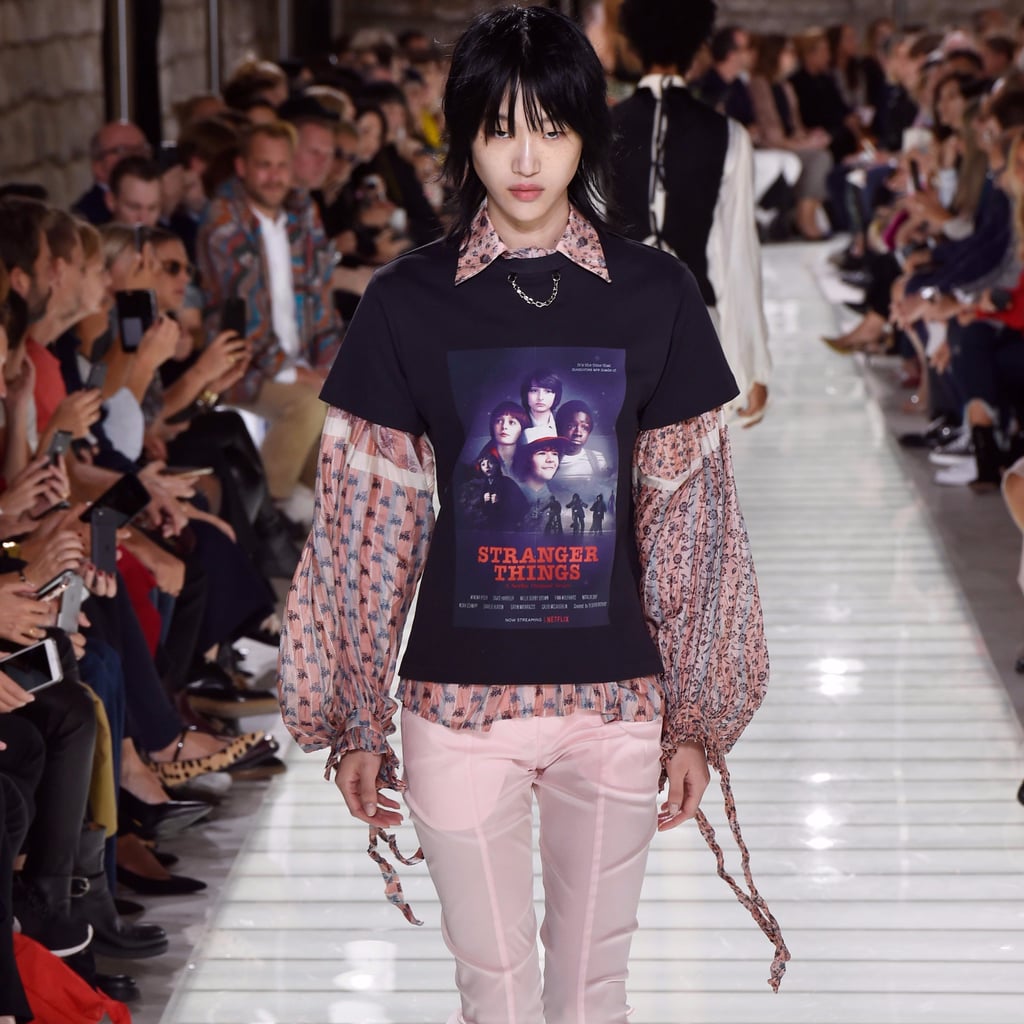 It seems as though Nicolas Ghesquière is just as excited about the second season of Stranger Things as we are. For the brand's Spring 2018 runway show, presented during Paris Fashion Week, Louis Vuitton debuted a t-shirt version of Netflix's promotional poster for the series. In fact, this specific poster was inspired by the '80s classic Stand by Me.

The brand's creative director has been a fan from the beginning, too. As Vogue pointed out, Ghesquière invited the cast to the Louis Vuitton headquarters last year just a few months after the first season premiered on Netflix. Ahead, check out the t-shirt on the runway and shop similar selections if you don't want to wait for the designer version.

fall fashion 2021
Ella Emhoff Quarantined After the Inauguration, and Now She's Modelling at Fashion Week
by Sarah Wasilak 5 days ago

Spring Fashion 2021
Is OnlyFans the Future of Fashion Week? Rebecca Minkoff Thinks So
by Claire Stern 6 days ago