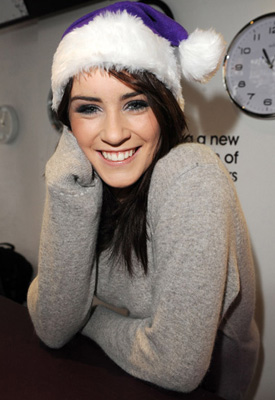 Most people agreed, that Lucie Jones shouldn't have left The X Factor when she did. The 18 year old Welsh girl was the fifth contestant to be voted off in early November, but that was not the last we would hear from her.

Lucie has just been signed to Select Model Management who also launched the careers of Agyness Deyn and Stella Tennant.She said she was "very flattered" to have been chosen.

Select co-founder Chrissie Castagnetti commented, "When we first saw Lucie we recognised that she had a great look. As her confidence grew week after week, and her personality came through, we knew that we wanted to work with her." Lucie will do a professional photo shoot in the new year. Are you surprised by this news?