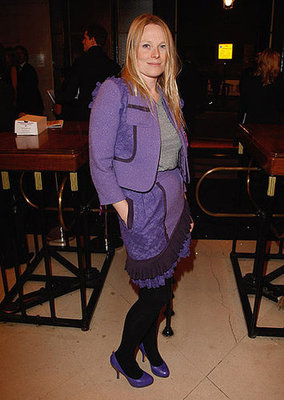 This evening the British Fashion Awards took place at Lawrence Hall, in Westminster hosted by journalist Mariella Frostup. The awards supported by the British Fashion Council and sponsored by Swarovski celebrated the biggest names in British fashion from designers to models.

The nominees were revealed back in August but you guys predicted correctly that Luella Bartley was the big winner. The winner attended in an outfit from her Spring 2009 line and was no surprise. Her recent collections have been adored by celebrities and fashion press alike and she truly deserved this accolade.

Other winners included global shoe empire Jimmy Choo who under the careful guidance of Tamara Mellon won Designer Brand of the year. Jourdan Dunn also must be celebrating tonight as she beat Agyness Deyn and Lily Donaldson to model of the year.

For a full list of winners just read more.