Madonna caused a stir earlier this year as she posed in her signature fish net tights for the Louis Vuitton Spring campaign. In these pics she starred in the now famous Spicy heels and tribal inspired accessories looking fabulous. It has just been confirmed, after much speculation, that Madonna will once more work with Marc Jacobs as she is to be the face of the Autumn campaign. Steven Meisel will again shoot the images which are scheduled to begin next week. I can't wait to see how the Queen of Pop looks for the cooler months! 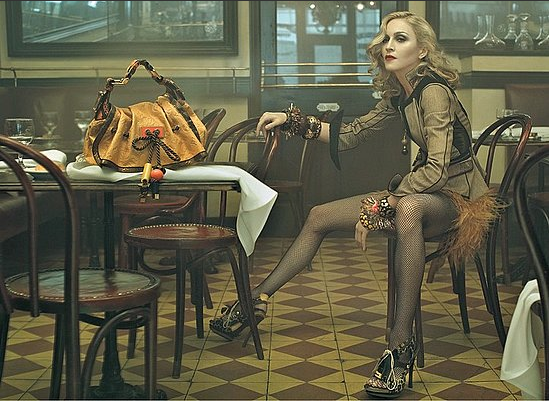 Netflix
Who Is Jessie Mei Li? Here's What You Need to Know About the Shadow and Bone Star
by Navi Ahluwalia 3 weeks ago