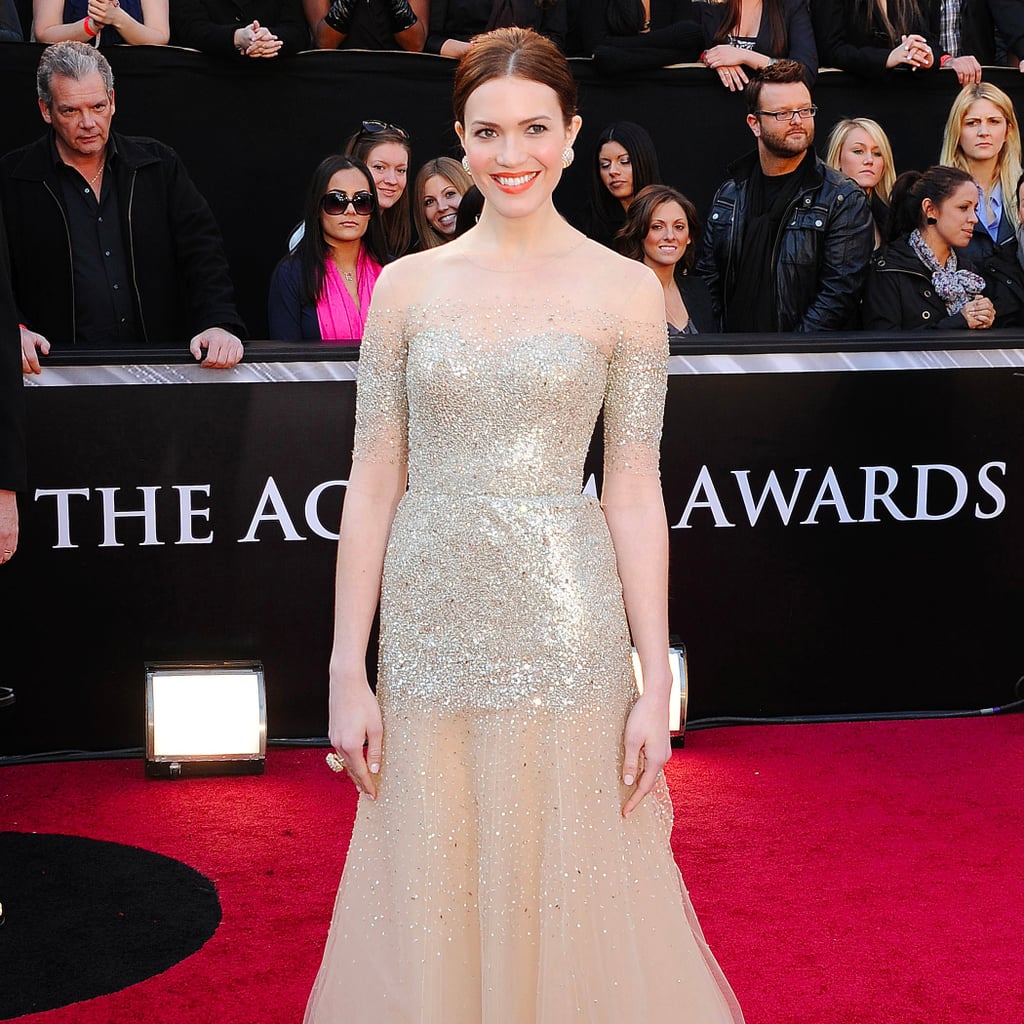 Long before Mandy Moore landed her role on one of this year's biggest TV dramas, This is Us, she had already taken Hollywood as a teen and pop star — and if you were in high school in the early 2000s, you certainly remember that. I, like most millennials, will forever think of Mandy as Princess Diaries' mean girl or belting out "Only Hope" on stage to Landon in A Walk to Remember. I will think of her dressed in pedal pushers and boob tubes, and flared jeans and pointed-toe pumps on early aughts red carpets for the MTV Movie Awards, but I never really thought I'd see her dressed up and nominated for a Golden Globe; and I'm pretty freaking excited about it.

Breakout stars or legends like Meryl Streep are an inspiration for obvious reasons, but Mandy's accomplishments this year hint at something different. This is Mandy growing up; the 32 year-old actress looks elegant and confident in her own skin — even better than she did in her 20s — and her Golden Globe-nominated role is far more interesting than anything she's played before. She's a reminder that most of the time we're actually getting better with age, dammit. A quick look back at her red carpet past and you'll probably nod in agreement.