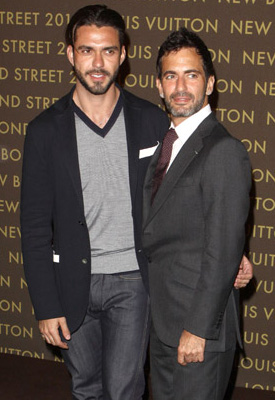 Marc Jacobs was in London this week launching his new scent at Harvey Nichols. He partied alone and today we know why. It has been reported that the designer and his long term partner, Lorenzo Martone, have split up. Lorenzo later confirmed on Twitter saying,

"thanks for t notes. yes, I saw t press today. We are not together, haven't been in 2 months. And we will not comment on it. Sorry. We r fine."

The couple had been engaged since March 2009 and there were rumours that they had tied the knot in January, but it turned out to be false.

Are you surprised to hear this news?