In Blighty over the past year the Queen has honoured some of the biggest names in British fashion (including Christopher Bailey, Anya Hindmarch, Luella Bartley and Stephen Jones), and now the French are following our lead. It has just been revealed that both Marc Jacobs and Nathalie Rykiel are set to be decorated with the Chevalier des Arts et des Lettres tomorrow. The French equivalent of a knighthood is to be presented by Culture Minister Frédéric Mitterrand at a ceremony in Paris. Marc has been in charge at Louis Vuitton since 1997 and since then the company has quadrupled its worth. Nathalie has long been a part of her Mother's Sonia Rykiel brand and recently orchestrated a collaboration with H&M. Congratulations to both of them! 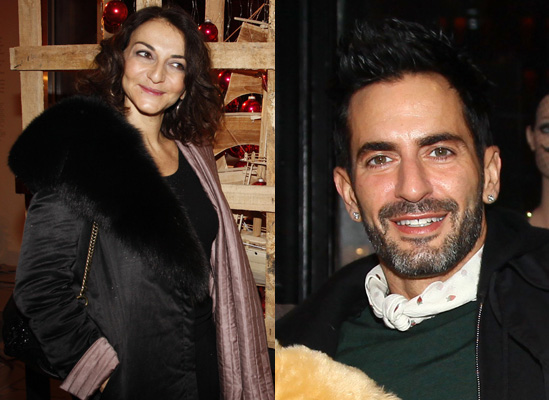