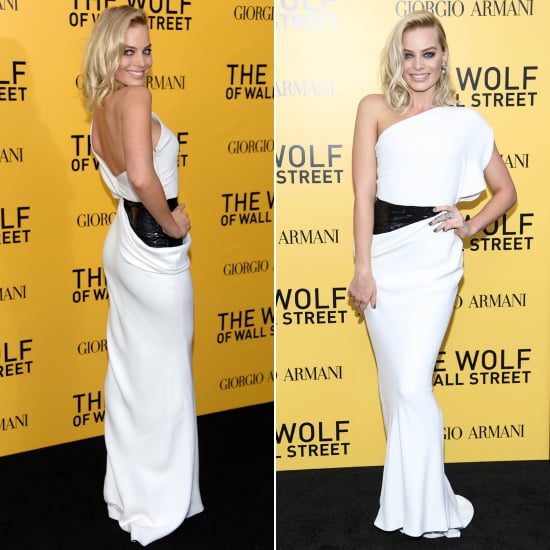 It's been a big week for soap stars who've made the difficult transition to Hollywood. Earlier this week former Hollyoaks starlet Emma Rigby took red carpet style tips from Kate Hudson, but things moved up a notch last night, when Neighbours alumni Margot Robbie hit the red carpet at the premiere of The Wolf of Wall Street. Robbie has a role in the film alongside Leonardo DiCaprio, and she looked every inch the A-list love interest in her Armani Privé gown. Her asymmetric white dress featured a drape at the waist revealing a black beaded panel, which helped to stop the look from veering into bridal territory. Accessories were kept simple but striking, just spider-shaped earrings and a long hinged ring on her middle finger. Do you love this look?