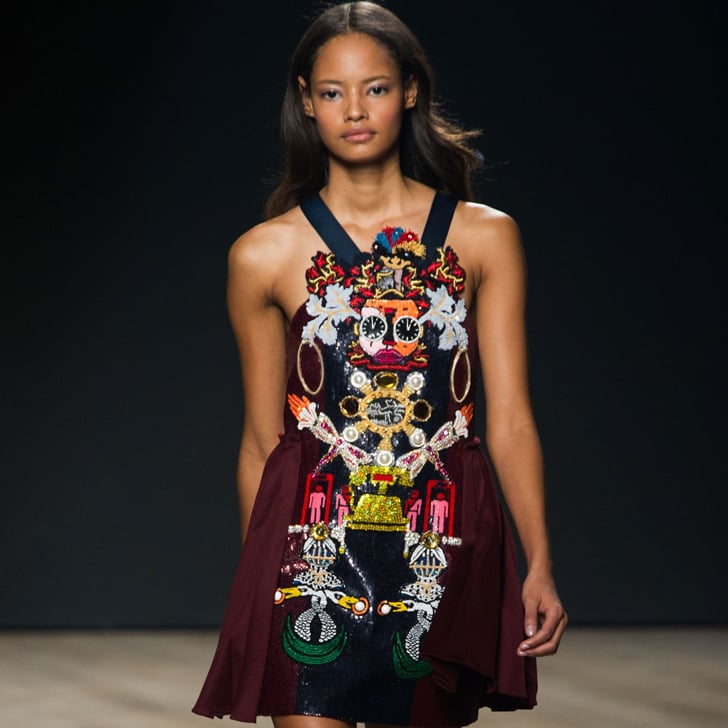 For a long time, Mary Katrantzou was known for her ability to create and combine prints in ways no one had ever seen before. Her Autumn/Winter 2014 collection also gives us something we don't often see from this designer: surface decoration.

Instead of, say, the street prints she used in Autumn 2013 or the shoe brogue prints that came along for Spring 2014, this season's graphic statements were created with rich embroidery (little TVs, teddy bears, watches, and birds were among the sewn-in iconography), as well as Swarovski crystals, lace, and metal. The front of one chain-mail cocktail dress is covered in metallic strips fashioned into triangles, circles, and hearts, while entire suits and skirts were cut from fabrics that looked like shiny animal skins.

So while Katrantzou has preserved much of the quirky spirit of the designs that have made her famous, with this collection she's also proven that she's capable of challenging the status quo. This already has us wondering what tricks she'll have up her sleeve for next season.