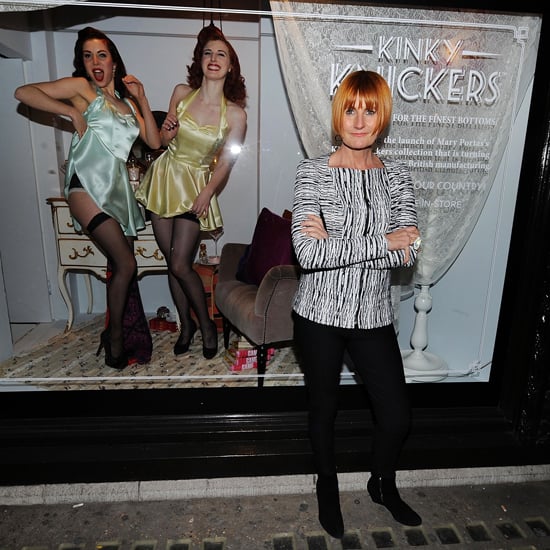 It's no surprise that much of what we buy on the High Street has been imported, but the official figures are pretty shocking. They show that a massive 90 per cent of what we wear comes from abroad, and us Brits imported £12.5 billion more clothing than we exported. This has had a huge impact on the UK the textile industry, with 52 per cent of jobs lost since 2000.

Mary Portas is fighting to fill those derelict factories. The retail guru has re-opened one in Middleton to launch her own line of British-made knickers, on sale now as seen on TV documentary Mary’s Bottom Line. She says: "People say that manufacturing will never come back. But you can make it come back. Marks & Spencer sells 61 million pairs of knickers a year — all imported. Put a million of those back into the UK. Sort it out!"

Some big retailers have started to buy British again over the last 12 months. Granting Mary's wish, Marks & Spencer has agreed to stock her Kinky Knickers range, and it gets one-third of its hosiery from a Derbyshire factory. River Island has also increased its British buying by 50 per cent (although admittedly the rise was from a low starting level). It will be interesting to see how many other High Street stores follow suit. Do you want more British-made clothes?