Back in November Matthew Williamson was revealed as the latest designer to collaborate with High Street retailer H&M. Since then there has been much speculation about what the collection might include before images were unveiled (I already have my eye on the peacock shift dress with sequined cuffs, perfect for day to night wear). This month one of the first adverts for the campaign has been released in Vogue Russia starring Daria Werbowy. It was shot in Mexico earlier this year as Matthew himself modeled the menswear although none of those photos have surfaced just yet. You can see behind the scenes of the shoot here. What do you think of this advert? 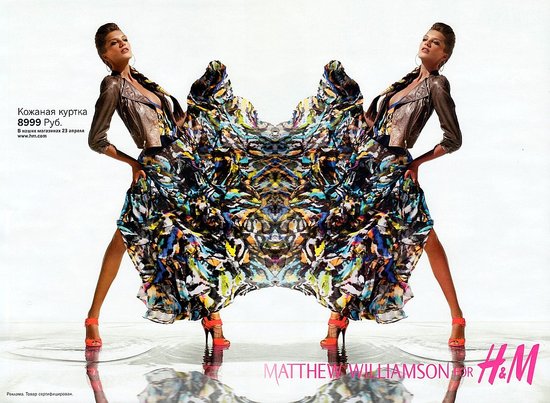