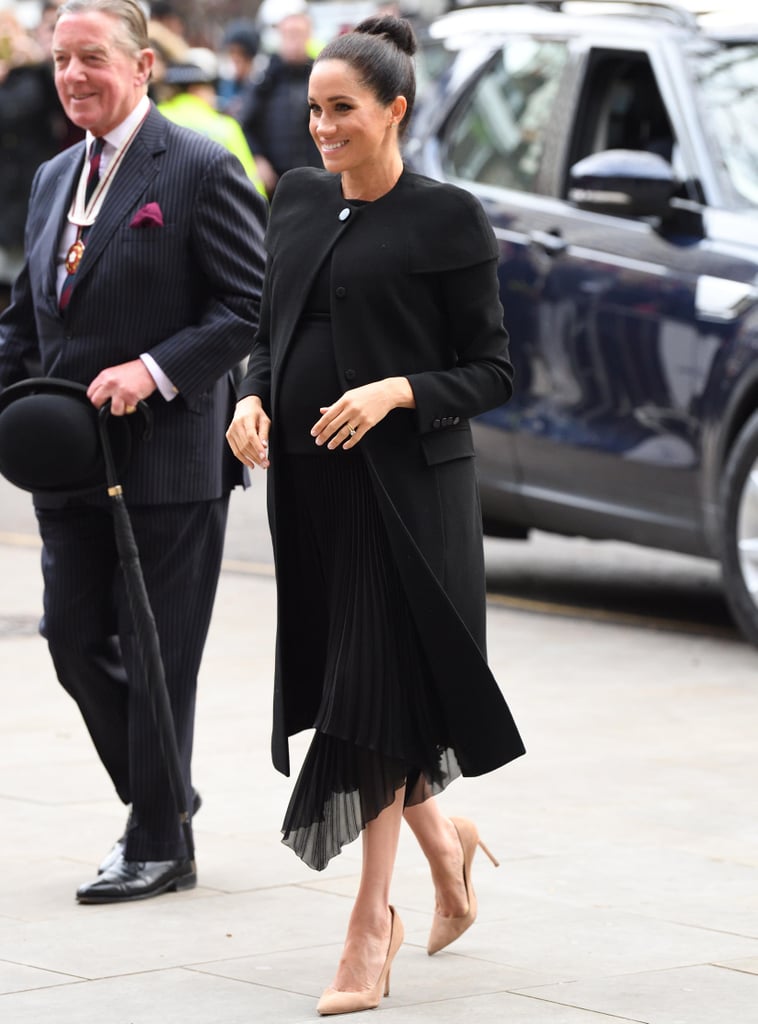 The Most Surprising Thing About Meghan's Latest Look Is What's Missing

Meghan Markle continued her very fashionable week on Thursday when she paid a visit to another of the organisations that she is now patron of, the Association of Commonwealth Universities (ACU). After stepping out in a chic pale pink look fresh from the Spring runway on Wednesday (complete with her engagement heels), the duchess once again served up some serious royal style as she sported a chic black Givenchy coat that she first wore in November 2018, for a Remembrance Sunday service.

The duchess wore her single-breasted style, which features capped shoulders that give it a military-inspired look, buttoned just once, showing off the black sweater and pleated asymmetric skirt she wore underneath. She finished the look with a pair of beige pumps, and — despite freezing temperatures in London — she chose to skip the stockings. However, it wasn't the lack of hosiery that was a surprise, but the other thing that Meghan chose to leave at: her handbag.

Bags are usually an integral part of Meghan's look, from the chic Strathberry tote that sold out in minutes, to the Gabriela Hearst bag that was on everyone's fashion wishlist. This time, however, it seems she was happier stepping out unencumbered: all the better to shake all those hands! Get a closer look at Meghan's look ahead, along with a reminder of this first time she sported this designer coat.

The Royals
Prince Harry and Meghan Markle Are Ending Their Instagram Account: "You've Been Great"
by Monica Sisavat 3 days ago