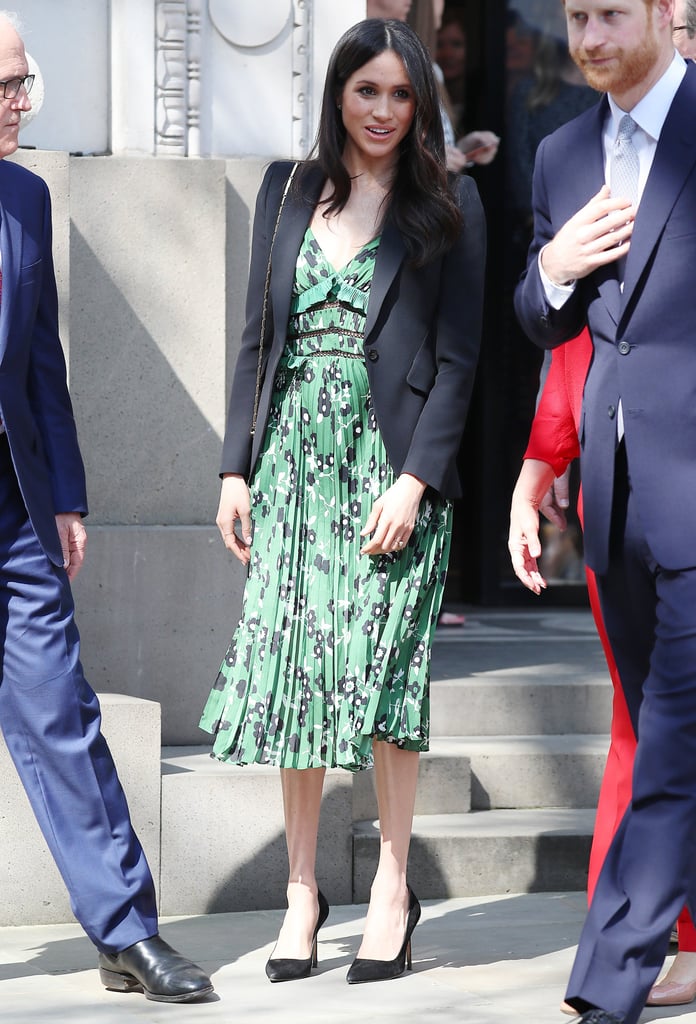 When Meghan Markle and Prince Harry arrived at a special reception in honour of the 2018 Invictus Games, Meghan was wearing a look that screamed "Spring has arrived!" The floral Self-Portrait dress in question ($510) is probably one you've already admired or added to your wish list. While it's season appropriate, it also has intricate little details like cold shoulders (which were hidden beneath Meghan's trusty Alexander McQueen blazer), pleating at the skirt, and a ruffled bodice with peekaboo cutouts.

These quirks are quite romantic too, which makes sense, since Meghan and Harry are said to have met at the Invictus Games in 2016, and 2017's games marked their first public appearance together. Meghan accessorised her outfit with Manolo Blahnik pumps ($625) and a Roland Mouret crossbody bag. So let Meghan's midi be a celebration of the times. After all, Meghan's current status — bride-to-be, former yet respectable actress, charitable leader, and soon-to-be royal — is something to be bright about. Her dress, shoppable ahead, does a pretty fine job of that.