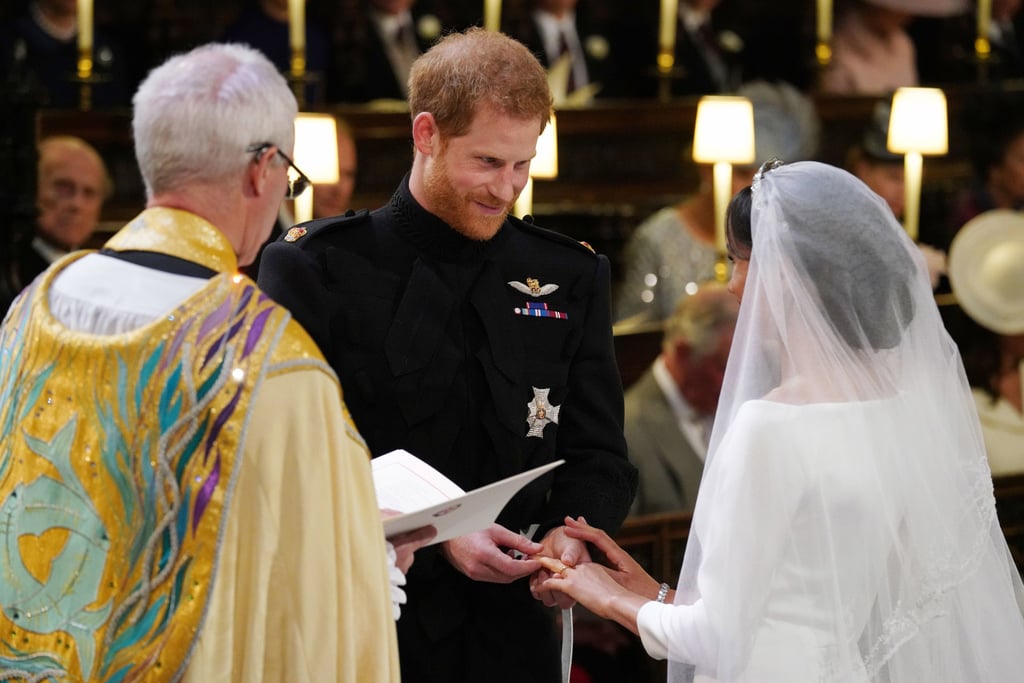 Prince Harry and Meghan Markle are officially married! On May 19, Meghan walked down the aisle in a custom Givenchy wedding gown, while Prince Harry wore the frock coat uniform of the Blues and Royals. For the special occasion, the royal bride accessorised her dress with an incredible diamond-encrusted tiara and other sparkling jewels, but none of them were as special as the one she received once she said "I do."

As per a tradition set up by the Queen Mother, royal brides have been wearing wedding bands crafted from a single nugget of rare Welsh gold since 1923. The Duchess of Cambridge was given one in 2011, following in the footsteps of Queen Elizabeth II, Princess Margaret, Princess Anne, Princess Diana, and the Duchess of Cornwall. Now, Meghan has also been given her own special ring.

Made by Cleave and Company, it was fashioned from a piece of Welsh Gold which was gifted by the queen prior to the couple's big day — and it perfectly compliments her gorgeous engagement ring. Read on to get a closer look at the newest (and perhaps one of the most precious!) addition to Meghan's jewellery box.

Related:
This Fact About Prince Harry Will Give You Hope That You, Too, Can Land Your Dream Crush
Previous Next Start Slideshow
The RoyalsMeghan MarkleThe British RoyalsRoyal FamilyRoyal WeddingPrince HarryCelebrity Weddings