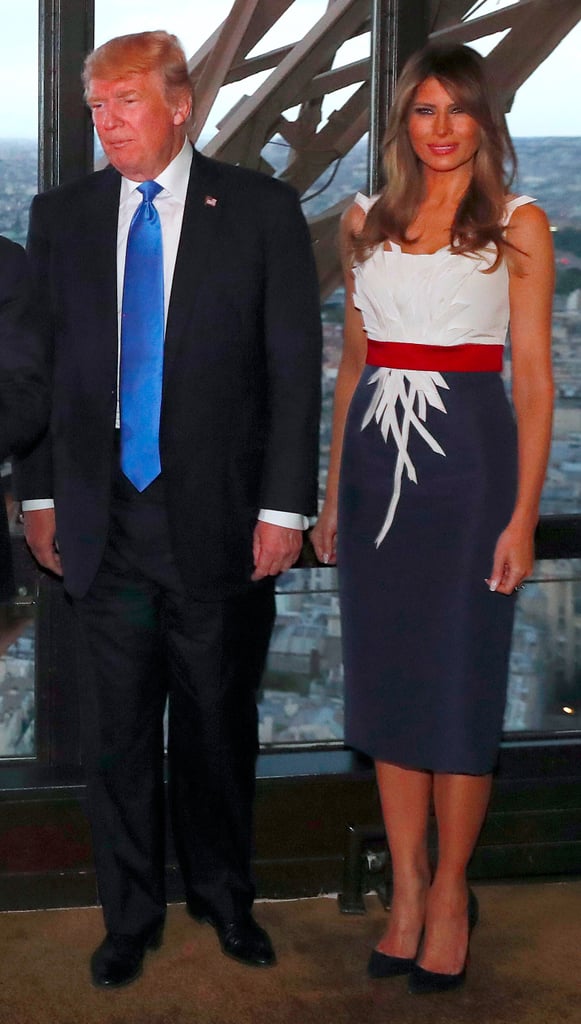 Melania Trump's Custom Parisian Dress Is All About the Little Details

When Melania Trump touched down in Paris, she wore a Dior skirt suit that paid tribute to the French fashion house's 70th anniversary. But when she dined with her husband, President Donald Trump; French President Emmanuel Macron; and his wife, Brigitte Macron, at Le Jules Verne Restaurant on the Eiffel Tower, her custom look was a little more literal.

The red, white, and blue piece, created by Melania's stylist Hervé Pierre, united the colours of both the American and French flags, and the gathering at the midriff was meant to resemble wheat. "For me, wheat represents Summer. Wheat is associated with the goddess Ceres. It's about Summer, prosperity, good luck. It was Mr. Saint Laurent's favourite flower. I have wheat all over my apartment," Pierre told WWD.

The designer also explained that the number was inspired by Arman's "Homage to the French Revolution" sculpture located in the Élysée Palace. If this midi was meant to send out good vibes, Melania did a fine job of letting it speak for itself, slipping into navy blue pumps and accessorising with just her engagement ring.